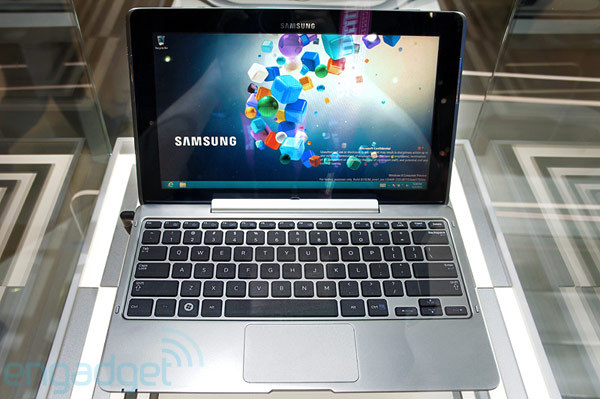 This will be running on an Intel x86 processor with 10 hours of planned battery life. The processor inside is a two-watt Intel Clover Trail model, although Samsung said it could also use an ultra low voltage chip. It also has two and eight-megapixel cameras and a number of ports, such as a USIM slot, a microSD reader and a Superspeed USB port.

The screen size is 11 inches and Samsung is also considering a 1080p display option. The touch screen will also come with Samsung's S-Pen and S-Memo software that it uses on its Galaxy Note smartphone. The Series 5 tablet is 1.65 pounds and is 0.35 inches thick.

That's basically all we know about this product and, as is the case with early production models details could, and most likely will, change before the final production model is launched. However, it looks like Samsung is serious about making a Transformer-like tablet.