T-Mobile today held another one of its Uncarrier events, where it announced TVision, its foray into the TV streaming service, joining competitors such as YouTube TV. T-Mobile claims that TVision is for users who don't want to pay too much for channel bundles and those that want more choice.

As a subscription service, TVision offers three major components. TVision LIVE is the basic package for those interested in following live sports and news, and it starts at $40/month for TVision Live TV, which includes over 30 channels covering sports and news. You can expand those offerings with Live TV+, which adds over 10 additional channels including regional sports, football, and golf, and costs $50 per month. Finally, Live Zone is the top tier offering, and for $60, it includes all of content above plus 10 additional channels. The two higher tiers also include a year of Apple TV+ for free for thisethat sign up before the end of the year.

Another option is TVision Vibe, which includes over 30 channels covering different kinds of shows, with channels such as Hallmark, HGTV, and TLC, with many channels supporting on-demand viewing with two simultaneous streams. This option costs $10 per month. Finally, there's TVision Channels, which offers select premium channels a-la-carte, allowing users to only pay for the channels they want. These start at $5.99 per month, and include channels like Starz, Showtime, and Epix.

To watch the content, T-Mobile is launching the TVision app on Android and iOS smartphones, as well as smart TVs running Android TV (or Google TV) and Amazon's Fire TV. Streaming devices like the Apple TV 4K, Nvidia Shield, Chromecast with Google TV, Fire TV Gen 3, Fire TV Stick 4K, and more are also supported. Support for Roku, Samsung and LG smart TVs, Xbox, and the web won't be available at launch, but should be coming soon. 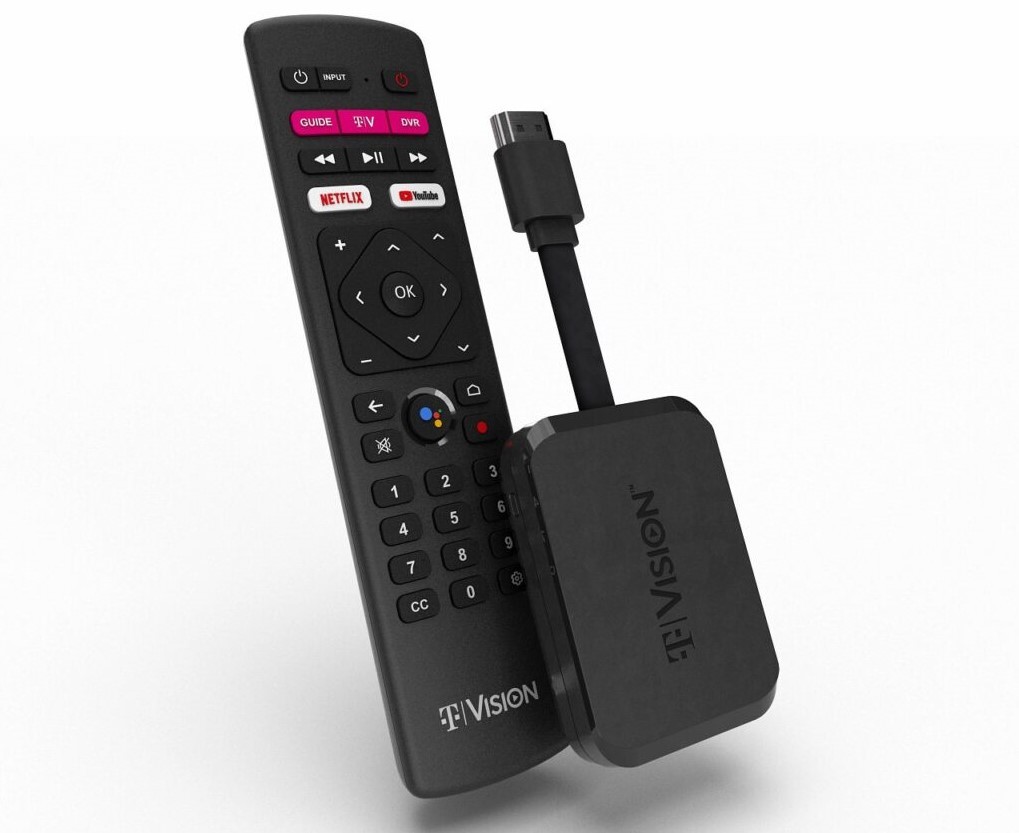 TVision will launch on November 1, alongside the TVision HUB streaming device. You can learn more about the servive and pre-register for it on T-Mobile's website.