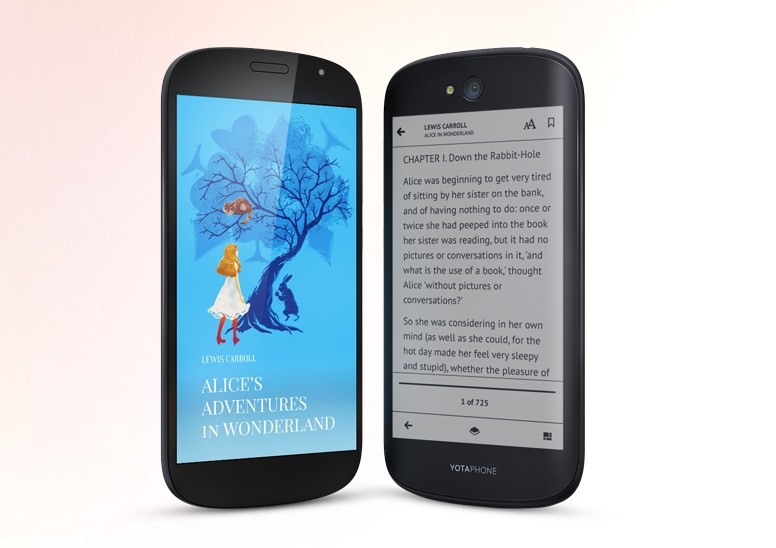 Although we weren't able to catch up with them at CES 2015, it looks like YotaPhone could possibly release the YotaPhone 2 in the United States in the next couple months.

According to Android Authority, the YotaPhone 2 might see a release on T-Mobile in March / April. What makes the YotaPhone 2 a fairly unique device is its use of dual screens. On one side the YotaPhone 2 has a traditional full color LCD display and on the other side it has a black and white e-ink display.

Naturally, YotaPhone can leverage its e-ink display by providing users with increased battery life. The display is capable of being customized and can provide the user with important information like texts, emails, and missed calls. The e-ink display is not limited to just these actions, but can also be used as a traditional display for web pages, maps, and other applications.

Since none of this has been confirmed, remember to take this with a grain of salt until T-Mobile has announced the release officially. The YotaPhone is now currently available online and at its London store for a price of £555 or $845 USD.