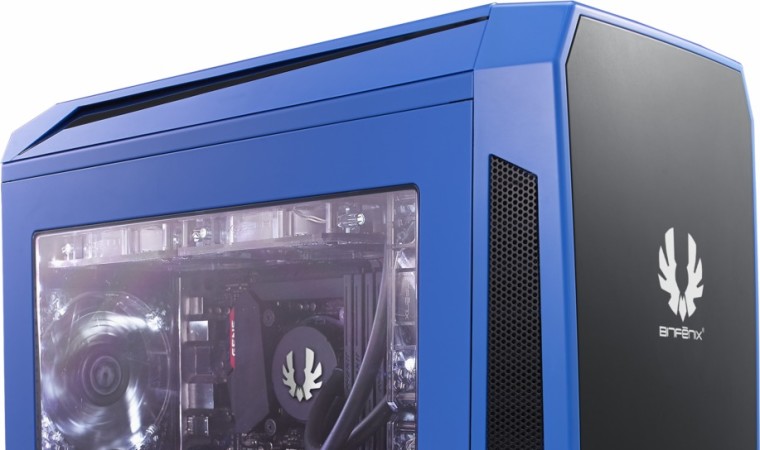 Although we weren't impressed with BitFenix's Shinobi and Colossus cases back in 2011, the company earned our respect last summer when we used its Phenom mATX as part of our Intel Pentium Anniversary Edition Overclocking Build Guide.

With a build quality that was noticeably better than what we had seen from BitFenix in the past, the Phenom was a seriously slick mATX case that looked great while accommodating high-end hardware. After seeing the quality BitFenix is capable of delivering, we jumped at the opportunity to test the Aegis, a new arrival with some unique features including a customizable 2.8-inch 240x320 icon display, which was first seen on the Pandora PC case.

Gamers can also choose between red, blue, black, yellow and white colors. We'll be testing what we call the 'TechSpot blue' version, which is bright blue and solid black, though we forgive anyone for seeing it as white and gold.

Read: BitFenix Aegis Core MicroATX Case Review.
This article is brought to you in partnership with TechSpot