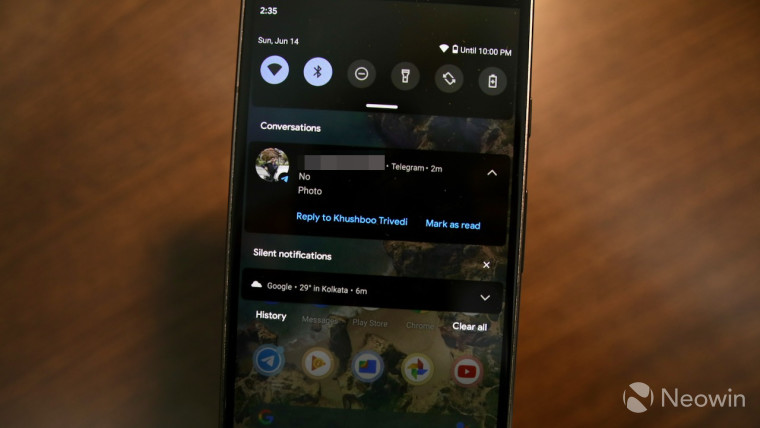 Android 11 will come with a number of features and improvements, including a 'Conversations' category in the notification shade to help make managing all your ongoing chats from various messaging services easier. However, it looks like the Conversations feature will not make its way to all devices running Android 11.

Google's current Compatibility Definition Document (CCD) for Android 11 does not make it mandatory for OEMs to include the Conversations feature as a part of their Android 11 update. The company has likely not enforced the new change on OEMs because almost all of them tend to customize the notification panels in their skin. As of now, Google is leaving it up to OEMs on whether they want to implement the Conversations feature or not. Given that Conversations is among the major new features in Android 11, it would be disappointing if other OEMs do not end up implementing it on their devices.

Similarly, Google is not requiring that OEMs include the Device Controls feature in the power menu of their Android 11 builds. The feature was first debuted by the company with the third feature drop for Pixel phones, and it provides one with a quick and handy way to access all their smart home controls from the power menu. While Google has made this feature a part of the Android 11 update, it has again not made it mandatory for OEMs to implement it. There's another Identity Credential feature in Android 11 that Google is not mandating OEMs to support in their devices

Google tends to change the Android CCD from time to time and it is possible that the company will update the documentation to make it mandatory for OEMs to at least include the Conversations feature as a part of their Android 11 update. If not, it would be just one of the many features that Android users will have to wait to experience on their device until their OEM gets around to adding it.