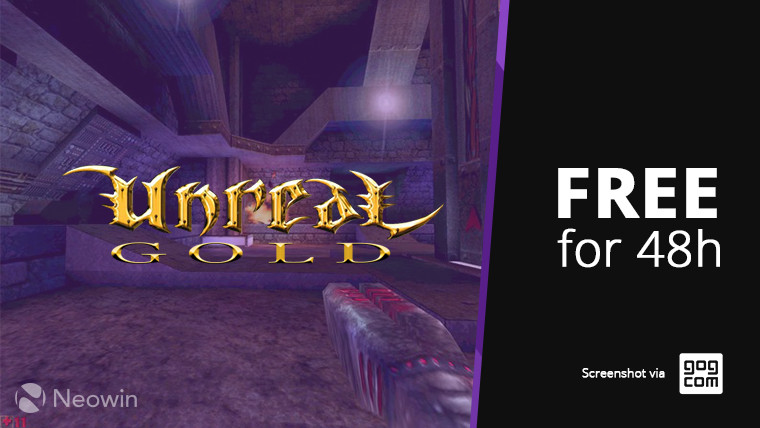 To celebrate the 20 year anniversary of the legendary Unreal series, GOG is giving away Unreal Gold for free during the next 48 hours.

For those not aware, Unreal is a sci-fi first-person shooter in which you play Prisoner 849, a character aboard the prison space craft Vortex Rikers, which has crashed on the planet Na Pali. It was co-developed by Epic Games (known as Epic MegaGames at the time), Legend Entertainment, and Digital Extremes, and was published by GT Interactive on May 22, 1998. The title was developed using the namesake engine and later spawned one sequel and a spin-off, Unreal Tournament.

In June of 1999, the now defunct Legend Entertainment developed and released Unreal Mission Pack: Return to Na Pali, which added 17 new missions, and was later bundled with the base game as Unreal Gold. Console gamers weren't left out and got their own taste of Unreal Tournament, only under a different name: Unreal Championship.

Beyond the freebie, there's also a sale on a few of the other Unreal titles, also as part of the two decade anniversary.

What was your first memory of the series? Be sure to share in the comments below!

Update: The title is also free to grab on Steam as well, for those who prefer Valve's platform.