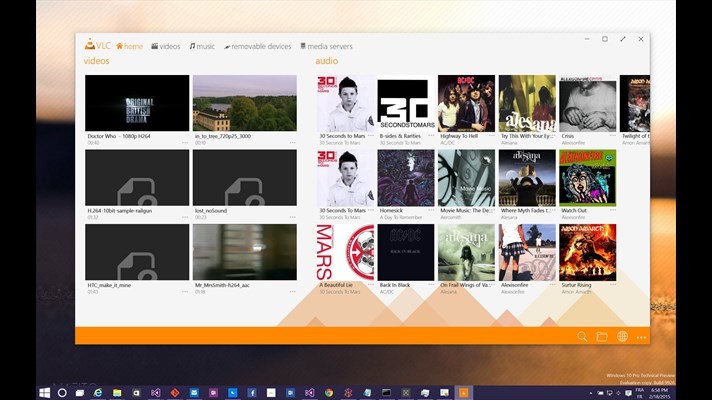 Perhaps one of the most notable differences between the new app and the old one is the newly updated UI. The UI has been enhanced, along with animations to match the visual aesthetic of Windows 10. There are also under-the-hood improvements that should make the app run faster, especially on low-end devices.

A mini player has also been added, allowing quick access to media. Naturally, VLC will be evolving the app and making continual improvements. Currently, the app does not offer hardware decoding and does have some audio glitches. If you care to read about the new update in detail, be sure to hit the source link below.

VLC is available for download via the Windows Store. In order to fully take advantage of the latest version, you will need to update your OS to Windows 10. Windows 10 is available as a free update for users running legitimate copies of Windows 7 and 8.1.