The February Humble Choice bundle has touched down, offering a whole new set of games for you to choose from. There are 12 titles in the promotion this time, all from different genres and developers. See the full selection below:

You get to choose any three from the above games if you opt for the $14.99 tier of this subscription-based bundle. If you want nine games from it, you will have to put down $19.99. Only legacy members that still have a Humble Monthly era subscription active can pick ten games, all for $12.

This Choice bundle will come to an end and be replaced with another set of games on March 6.

In the regular bundles section, Humble has also brought in a new game bundle, and it's all about trains. The Train Simulator Bundle aims to ease you into the gigantic DLC-filled world of Dovetail Games' sim.

The $1 tier is where you get the Train Simulator 2020 base game, along with four addons that include routes and locomotives. From here on, all of the other tiers come with even more add-ons just like these, with the Pay More than Average tier - currently around $5 - adding six DLC, while the $12 final tier has another six pieces.

On Steam, the DLC count for Train Simulator 2020 currently resides at 562. Still, the Humble package should serve as a good launching point to see if the authentic hobby game is up your alley.

Elsewhere, a new gaming bundle has been introduced by the Fanatical store. This Build your own Bundle promotion has games like SpeedRunners, Cluster Truck, Tropico 4, Beholder, Punch Club, Stronghold Crusader HD, Bomber Crew Deluxe, Party Hard, and more. You can choose to get three games from the full selection for $2.49, five for $3.99, and seven for $4.99. 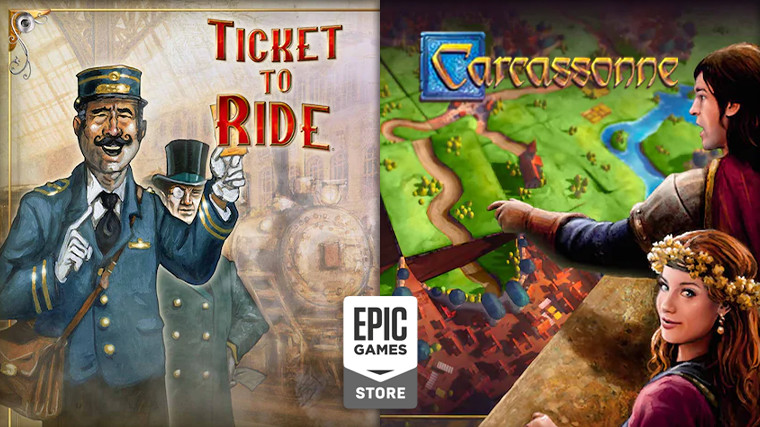 Board games are the flavor of the week on the Epic Games Store currently. The latest games to go free in its weekly freebies promotion are Ticket to Ride and Carcassonne, both digital board games based on real-life classic games sporting the same names. Although another digital board game, Pandemic, was supposed to be part of this giveaway too, its promotion has been delayed to another unannounced date.

In Ticket to Ride, you must link up cities and reach destinations using tactical railway line placements, while Carcassonne is a tile-placement game that will have you strategically placing and populating southern French landscape pieces to beat opponents. Both games have single-player as well as local and online multiplayer options.

As for next week, Epic Games Store will have Kingdom Come: Deliverance and Aztez to claim for free, starting on February 13.

Capcom has brought in another Steam free event promotion for Street Fighter V celebrating the upcoming Champion Edition release. All of the fighting game's 39 currently available characters are free to try out during the weekend.

The Half-Life collection free event is still available too, with the complete series being free-to-play on Steam until the VR exclusive Half-Life: Alyx releases sometime in March.

With the beginning of the weekend arrives a wide assortment of sales and we have a selection of handpicked games for your perusing below. It is a rather Ubisoft-heavy weekend this time:

In the DRM-free front, GOG's latest offerings include an Obsidian weekend promotion. See our highlights from that as well as other discounts that are currently running: