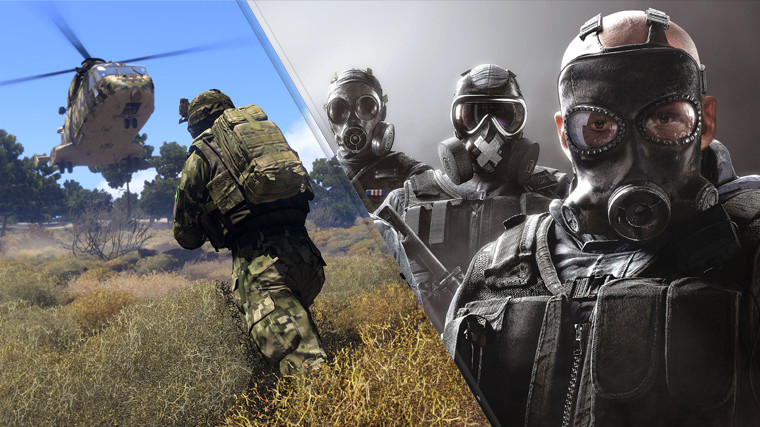 Other than the $4.99 Stronghold Bundle from Fanatical, not many new interesting bundles popped up throughout the week, so let's just jump straight into what games are having free events this weekend. If you're into tactical shooters, this may be a good time to try some out with your friends.

Kicking the free weekends off is the Ubisoft shooter Rainbow Six Siege, which is entering its fourth year of support. The event equips you with all of the maps and modes, as well as the base operators. In addition to permanent price drops, the various editions of the shooter recently received overhauls as well.

Up next is the mil-sim shooter ARMA 3, where you can now start playing the base game plus all of the content in the Apex expansion for free until Monday. This, of course, gets you access to the game's various single-player, cooperative, and multiplayer modes.

NBA 2K19 is also having a free weekend for basketball fans. The game still sports a "Mostly Negative" review score on Steam, but the complaints seem to be directed at the multiplayer modes. The offline modes should offer enjoyable experiences still.

And finally from the indie corner arrives Grass Cutter, a puzzle game that involves - as the name suggests - cutting grass while also avoiding some mutated monsters.

Although Valentine's day came and went, barely any stores celebrated the day with special deals. The Humble Store didn't shy away, however.

Also, Microsoft has discounted its Xbox Game Pass subscription again, this time bringing the price down to $2 for two months of access. Both new subscribers and those who aren't currently enrolled can make use of this offer. Note that only Xbox Play Anywhere games in the service are playable on Windows 10 PCs, such as Forza Horizon 4, Crackdown 3, and Gears of War 4. See here for the full list of games available for PC.

With that out of the way, here's our big deals list for the weekend:

Let's now have a look at the list of DRM-free deals that we have highlighted for you this weekend.