AMD launched its Ryzen 5000 desktop processor lineup back in 2020. The CPUs were based on the TSMC 7nm Zen 3 architecture. Although the processors performed very well, one thing noticeably different about Ryzen 5000 series was the missing SKUs that had generally been present in previous-gen Ryzen lineups.

Whispers on the Chiphell forum however have suggested that AMD is looking to expand the Ryzen 5000 lineup with the launch of three new SKUs:

A couple of days back, a Philippines-based wholesaler and trader "TechMovers" has confirmed via its Facebook account that these SKUs are indeed real. It looks TechMovers noticed the news, perhaps our own article on Neowin, and decided to build up some hype for the upcoming product launch as the cat is already out of the bag.

However, that's not all there's to it. Alongside the three 5000 series models, AMD is apparently launching new Ryzen 4000 SKUs too. There will be a couple of these, a Ryzen 5 part and a Ryzen 3 SKU. They are: 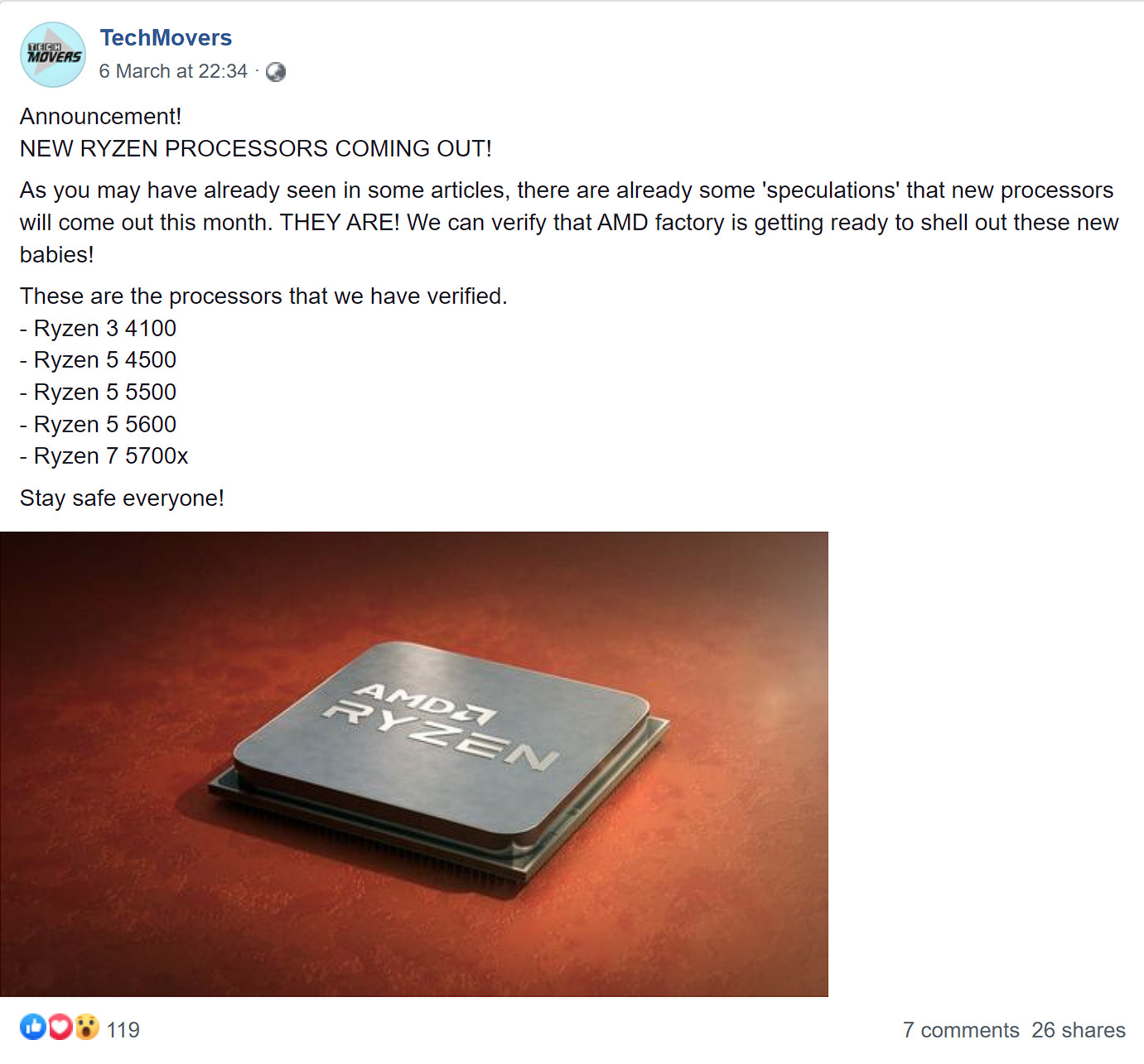 These Ryzen 4000 parts are what was rumored to be "Renoir-X" and AMD previously had launched Ryzen 4000 G series lineup with onboard integrated graphics. So if Renoir-X follows the same path, the core itself on these new 4000 models will be based on Zen 2 instead of Zen 3 that will be present in the 5000 series SKUs.

Alongside these, TechMovers also confirmed that the Ryzen 7 5800X3D with V-cache is also launching soon. However, information on pricing wasn't shared for any of these parts.