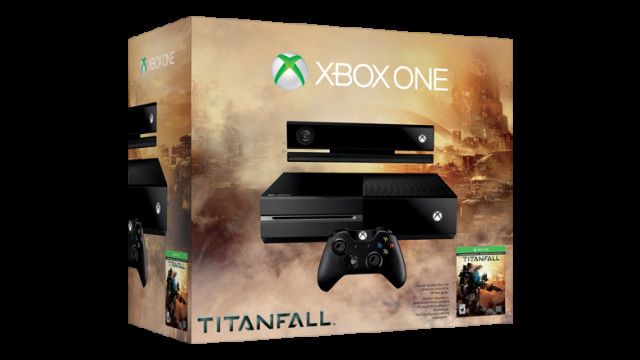 Based on the comments we've seen so far, Titanfall seems like it will be a success. While it's not everyone's cup of tea, the general response has been extremely positive and it looks like this might be the killer app the Xbox One needs, similar to what Halo and Gears of War did for previous Microsoft consoles.

It looks like Microsoft believes the same thing, and to help ride that wave, they've created the "Xbox One Titanfall Edition" to help convince people who are on the fence that they should purchase the console. The console will come with a custom Titanfall box, but the device itself will look the same. It also includes a code for a free download of Titanfall when it's released on March 11th and a free month of Xbox Live Gold. If you order by March 8th, Microsoft promises delivery on the release date. As Microsoft announced when it revealed the Xbox One U.K. price cut, the bundle will retail for £399.99 in that country.

Since the price is the same as the standalone console, it seems like a no-brainer to buy this edition. We expect that Titanfall will push the Xbox One ahead of the PS4 in terms of sales in the nearterm, although both consoles will live long lives like that of their predecessors.