In January, two companies, Silent Circle and Geeksphone, announced plans to release Blackphone, an Android device that they claimed will be far more secure than normal smartphones. Today, they announced that pre-orders for the phone have begun for $629 (not including shipping and taxes). 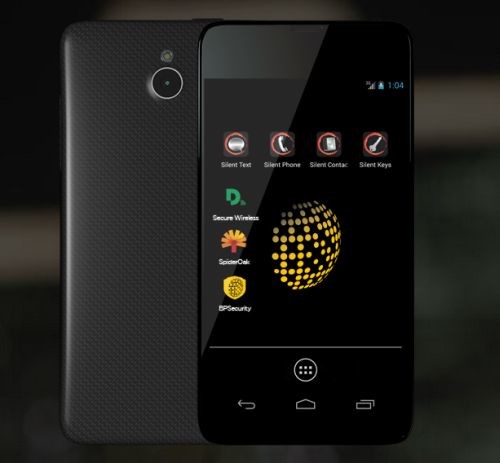 For that price, users will get an unlocked 4.7 inch phone with an unidentified SoC with a 2GHz quad-core processor. It packs 2GB of RAM and 16GB of on-board storage, along with an 8 megapixel rear camera. However, the Android OS has been modified so much that the companies are calling it "PrivatOS".

Silent Circle will provide Blackphone with its own suite of apps but it will also include a number of exclusive programs, such as Blackphone Security Center, Blackphone Activation Wizard and Blackphone Remote Wipe. The end result is that, in theory, activities such as Internet searching and browsing, calls, texts and video chats will be private when using the phone.

Blackphone will be available for sale from a select number of wireless carriers in Europe but there's no word if any U.S. companies will sell the phone. Test units will be sent to those select carriers sometime in April and the first Blackphone devices will ship to people who pre-order it in June.