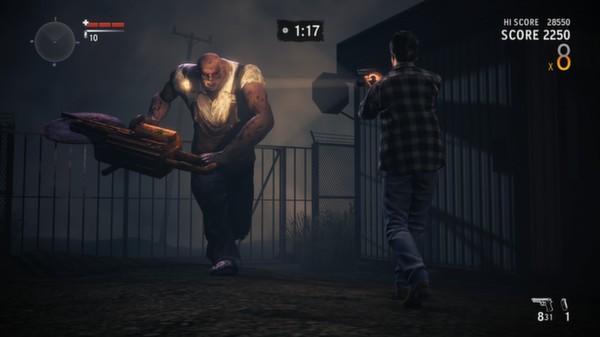 It looks like the rumors about Alan Wake's American Nightmare coming to the PC are indeed true. Developer Remedy has announced that the horror-themed action adventure game that was first released for the Xbox 360 in February will be making its way to a PC hard drive near you on May 22nd.

This move was likely due to the sales success of the original Alan Wake game for the PC. Remedy finally released the PC port on its own earlier this year, nearly two years after it was released for the Xbox 360. Remedy said that sales of Alan Wake on the PC had "recouped our development and marketing expenses during the first 48 hours" of the game's launch date.

American Nightmare is not a sequel to Alan Wake, but is rather set inside an episode of the TV series Night Springs which was seen in the original game. American Nightmare is supposed to be more action oriented than the original and received solid reviews and sales when it came out for the Xbox 360 platform. Remedy says that the PC version has had a makeover with "stunning high-resolution graphics and enhanced PC features."

The PC port will be released via Steam and GoG.com for $14.99, but pre-orders can get the game for 10 percent off that price. In addition, both sites are selling the original Alan Wake for the PC for 50 percent off its normal price from now until Thursday.