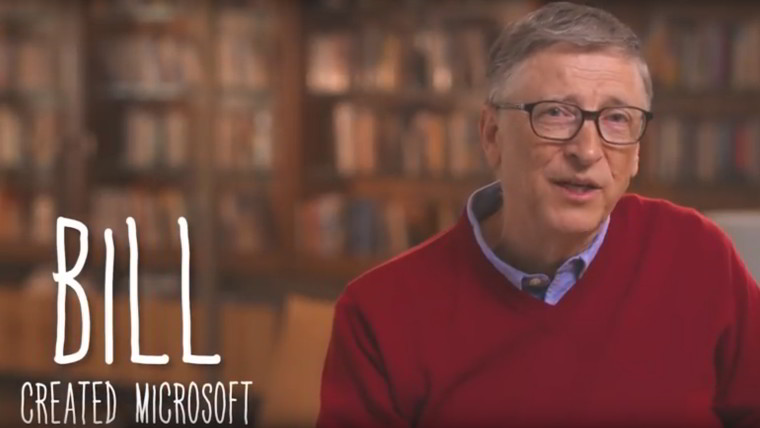 That is an oversimplified look at Bill Gates' involvement with a new Code.org video series entitled How Computers Work. Code.org is a non-profit organization "dedicated to expanding access to computer science in schools." Gates introduces the six-part series, which is aimed at kids and getting them interested in the computer field.

Check out our new video series, How Computers Work, starring @BillGates, @natbro, @mayli, @adafruit, @Maddy_Maxey, @LathCarlson, @dapplestone, and others. https://t.co/FZ76CcrGvL Thanks @khanacademy and @AlaskaAir for your partnership to help students of all ages learn! pic.twitter.com/OPkYyjEZQy

Among the different topics, the series touches on:

"Whether you're just curious about the devices you use every day or you want to design the innovations of the future, the first step is learning how computers work," Gates says in concluding the introduction.

Also part of the project is Nat Brown, who works with the VR team at Valve, and former Apple designer May-Li Khoe.

Gates, who stepped down as chairman of Microsoft in 2014, has had an advisory role with the company assisting current CEO Satya Nadella. He also sp﻿ends much of his time working with his wife on his charitable organization, the Bill & Melinda Gates Foundation.