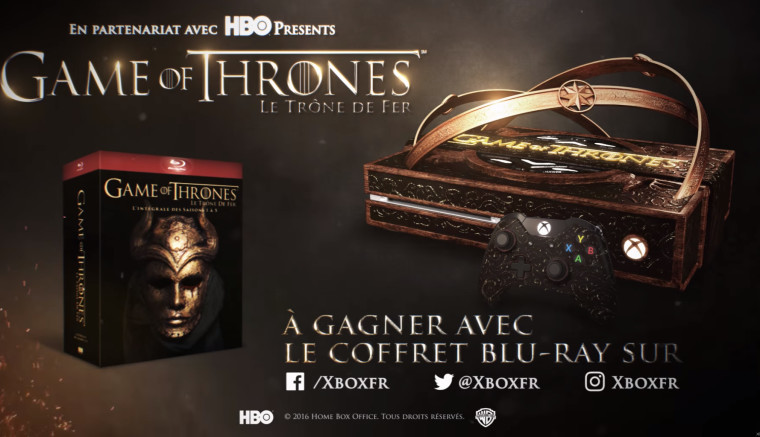 Now that this year’s season of Game of Thrones has come to a dramatic end, fans are anxiously waiting and speculating on how the super popular saga will continue next year. In the meantime, Microsoft France has decided to celebrate the season finale with a custom-made Game of Thrones version of the Xbox One.

As you can see in the image, this console comes with some serious design enhancements that should appeal to the die-hard GoT fans out there. Unfortunately, there are only six devices available and they’re all being given away on the company’s social channels as prizes. Winner also get the Bluray of this year's season.

Of course, this isn’t the first time that Microsoft created unique consoles. Both the company and modders out there love to create custom cases for the Xbox, inspired by popular titles, TV shows and pop culture. Recently, Microsoft unveiled a new version of its console, the Xbox One S as well as a new controller that can be customized to your exact color specifications. Unfortunately, the console being offered here is the original Xbox One alongside an original controller.

As of right now there are only three consoles left in the giveaway so if you want to try your luck you might want to enter the contest very quickly here.