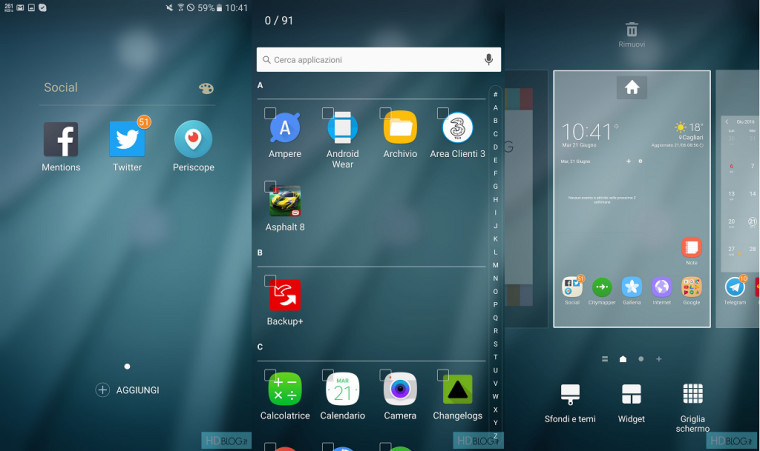 Samsung’s Galaxy Note7 is expected to be unveiled later this year. Sporting a curved-edge design inspired by the company’s Edge handsets, the new Note7 is rumored to feature powerful specs and offer new user experiences. One of these new experiences will be an updated version of Samsung’s TouchWiz UI, the skin that runs on top of Android.

According to rumors, the new version of TouchWiz will feature simplified elements and a cleaner design. We've already seen some of these changes, thanks to a Chinese leak at the start of the month. Now an Italian site claims to be giving us a much more in depth look at this updated user experience with a video. According to it, this is a beta version of the skin, which still has some incomplete elements, but offers a good overview of where Samsung is heading.

In terms of Samsung’s own default apps, the video’s author claims there’s not much to see besides an updated SMS management app. There are also clear signs of Samsung creating the UI for a feature similar to Apple’s “force touch”. The Galaxy Note7 is not expected to feature a screen capable of detecting various degrees of pressure, but the company is supposedly preparing this feature for the next generation of flagship phones.

It goes without saying that the company hasn’t confirmed any of these details just yet, so take everything with a pinch of salt. In either case, if this turns out to be Samsung’s upcoming TouchWiz we’re bound to find out more about it when the Galaxy Note7 launches later this year.