Google said on Thursday that it has made a new Chrome for Mac Beta available which includes extensions support.

The new beta release of Chrome for Mac offers extensions, bookmark sync, and more. Google's extensions gallery currently includes over 2,200 extensions and these are available for Mac users too. Mark Mentovai, Software Engineer, Google Chrome said the company was focused on "providing a snappy, safe, and simple browsing experience on the Mac."

Users of Chrome for Mac with several computers are now able to keep their bookmarks synchronized between them. This latest version brings the build number up to 5.0.307 for Chrome Mac. Google originally introduced a beta version of Chrome for Mac in December 2009. 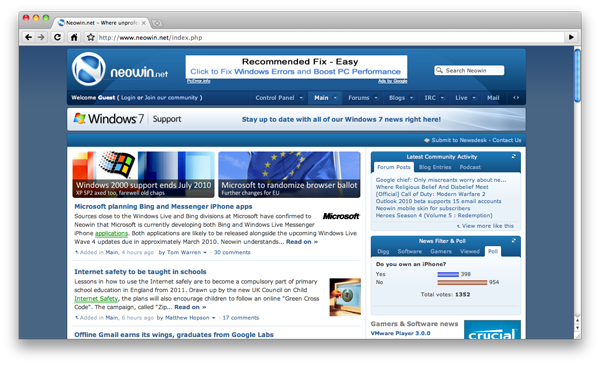