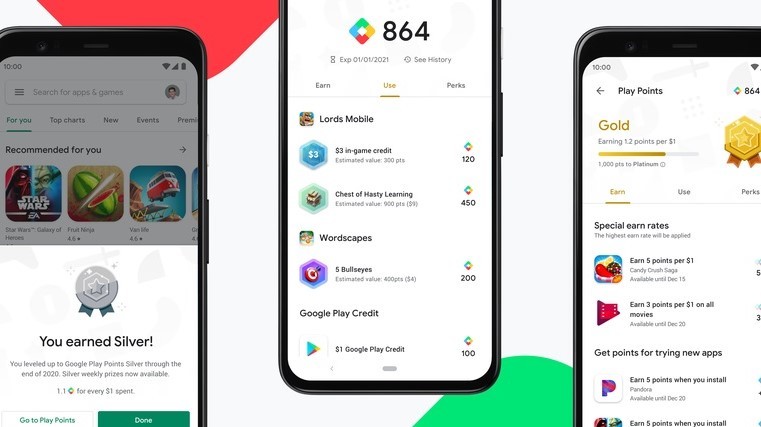 Google has announced a rewards program called Play Points for Android users in the United States after about a year of testing with users in Japan and South Korea. The program gives users points for buying apps, games, books, and movies on the Play Store, as well as for downloading featured free apps and games. There may also be special events that increase the number of points you get for certain actions.

These points can then be used for a number of things, like discounts on in-game items in games like Candy Crush Saga or Pokémon GO, with Google saying it's working with developers to implement in-game rewards. Points can also be used to get Google Play Credit, so you can then buy anything you want from the Play Store. If you want, you can even turn points into donations for a nonprofit organization.

There are four tiers for the Play Points program, from Bronze to Platinum, which users will be placed in depending on how many points they have. The higher the tier, the better the rewards will be, and higher levels may even earn you extra perks like weekly prizes.

Joining the Play Points program is free and can be done through the Play Store on your Android device. The program will be rolling out over the next week, so you may not see it right away.