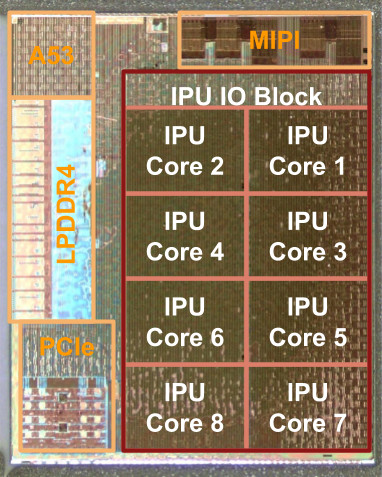 We still have a few weeks left before the Pixel 2 and Pixel 2 XL arrive to customers. Reviews are starting to flood the internet, and while a majority are quite impressed with the handsets' camera, it looks like things could get even better.

One of the things that allows the Pixel 2 to shoot great photos is its ability to utilize finely tuned software and machine learning. The HDR+ option relies on this and it works quite well. But it looks like Google is going to take things a step further by enabling something called the Pixel Visual Core.

"Pixel Visual Core is Google’s first custom-designed co-processor for consumer products. It’s built into every Pixel 2, and in the coming months, we’ll turn it on through a software update to enable more applications to use Pixel 2’s camera for taking HDR+ quality pictures".

This new co-processor will be able to handle a higher workload while using less power. It has eight custom-designed cores that deliver three trillion operations per second.

"Using Pixel Visual Core, HDR+ can run 5x faster and at less than one-tenth the energy than running on the application processor (AP). A key ingredient to the IPU’s efficiency is the tight coupling of hardware and software—our software controls many more details of the hardware than in a typical processor".

In the coming weeks, Google will enable the Pixel Visual Core when it releases the developer preview of Android 8.1. Developers will eventually gain access to this co-processor so that third-party apps can take advantage of the camera's HDR+ capabilities.