While Google may be selling off its Motorola Mobility division to Lenovo in the near future, the company is still working on new smartphone technology on its own. This week, Google announced "Project Tango", a smartphone created by a Google research team called ATAP in collaboration with other companies and groups. 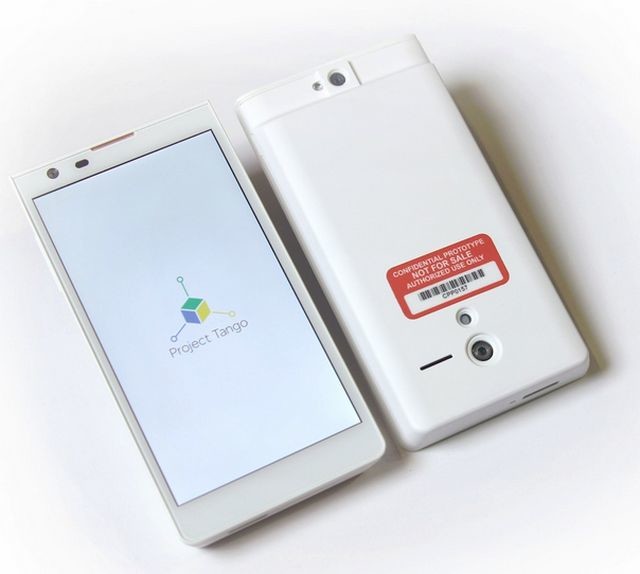 The Project Tango website shows the smartphone in action. It's a 5-inch device and, of course, it uses Android, but what's special above this phone is the sensors inside its case. They can not only track the position of the smartphone in a full 3D space, but they can also map what's outside the phone. "Project Tango" can make as many as 250,000 3D measurements every second, according to Google.

That sounds cool but what does that mean, exactly? Google thinks that the sensors in "Project Tango" combined with the right software can open up the smartphone to do things that current devices cannot do. It can help people navigate inside a large building, or map a home to assist in placing new pieces of furniture in just the right location. The phone could even be used for gaming, creating a virtual world based on the 3D map made in the real one.

Google has created 200 hardware dev kits for "Project Tango" and will be sending a limited number of them to software developers to see what they can do with this prototype. There's no word on when this phone will be released to the general public.