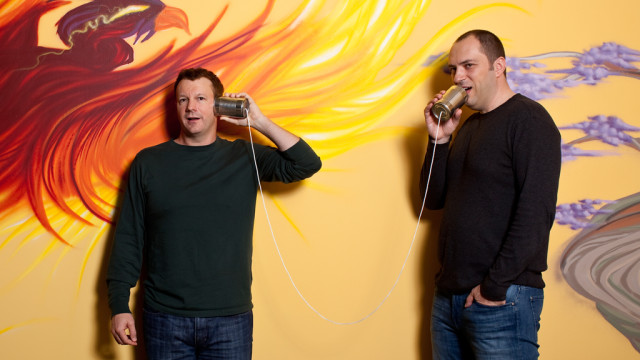 It has not always been smooth-sailing for software gurus Brian Acton (left) and Jan Koum (right).

Facebook’s astounding $19bn acquisition of WhatsApp is making headlines all around the world due to the sheer scale of the multi-billion dollar deal.

It is Facebook’s biggest transaction since the company was founded in 2004, and probably the largest ever price offered for a start-up surpassing Microsoft’s $8.5bn acquisition of Skype in 2011.

So the deal comes off as somewhat ironic considering co-founder Brian Acton was rejected by Facebook after he applied for a job there in August 2009. Bloomberg reports that Acton applied for a job at the social networking company after exiting Yahoo!. After he was unsuccessful, he tweeted a status expressing his optimistic outlook despite the negative outcome.

He soon partnered with fellow ex-Yahoo employee Jan Koum to begin a mobile application which would change their lives. Acton is now having the last laugh, after securing a deal with the very same company which rejected him over five years ago. With at least a 20% stake in the company, he will likely gain a whopping $3bn out of the deal.

His co-founding partner Jan Koum has also faced many challenges during his life. The 38-year old’s modern lifestyle is a stark comparison to his impoverished childhood where his family escaped Ukraine after the fall of the Soviet Union. As a teenager, his family relied on food stamps to survive. After much hard work and dedication, the pair now have enough money to retire early, and quite comfortably for that matter.