HP has just announced a number of new displays some stranger than others. Included in that line-up are two 4K models, one 5K screen, curved displays and even a 3D screen complete with glasses and a stylus.

It looks like HP is throwing everything it can against the screen in an effort to find something that sticks. That’s why the company has just unveiled a line-up of displays, some of which seems very appealing while some, seeming simply bizarre.

First up, the company has unveiled two 4K monitors alongside HP’s first 5K screen. The 4K panel comes in two versions dependent on size and accessories. The first one measures 27-inches and is dubbed the Z27s, while the smaller Z24s only comes in at 23.8 inches. Both displays feature a 3,840 x 2,160 resolution, pivoting stands, and numerous ports including regular and mini-DisplayPort, DVI, HDMI, MHL and even USB 3.0. These two will sell for $749 and $549 respectively and will hit markets in January and April.

Moving on, the Z27q is a 5K version of the 27-inch model above, which features 5,120 x 2,880 pixels and supports over a billion colors. The Z27q comes with the same ports as its smaller brothers while all three models support picture-in-picture and picture-by-picture modes to put all those extra pixels to good use. The Z27q will launch in March with a suggested retail price of $1,299. 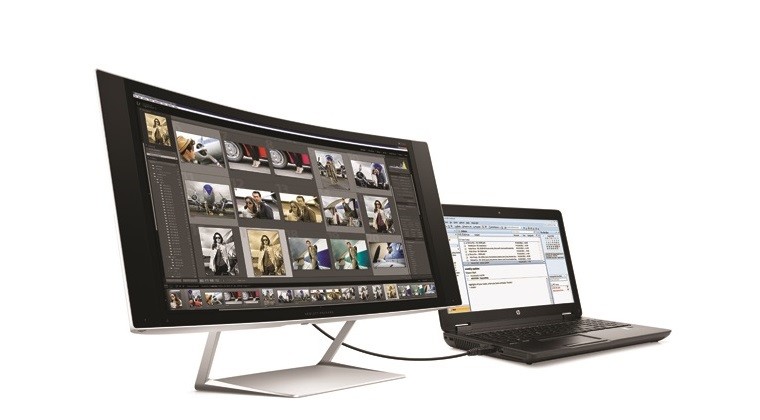 Now, looking at the curved displays that HP is introducing we can’t help but feel a bit excited about the two models available. The bigger 34-inch version, dubbed the Envy 34c, features a 3,440 x 1,440 resolution with a very wide 21:9 aspect ratio – basically this is supposed to eliminate the need for a secondary display. The Envy 34c also features dual HDMI ports alongside a DisplaPort and MHL support.

The smaller 27-inch curved display is much less interesting, unfortunately. It only comes with a regular 1080p HD resolution and a 16:9 aspect ratio, while also limiting the ports to VGA and HDMI with MHL support. The bigger Envy 34c will become available in April for $999, while the smaller Pavilion 27c is available now for $399. 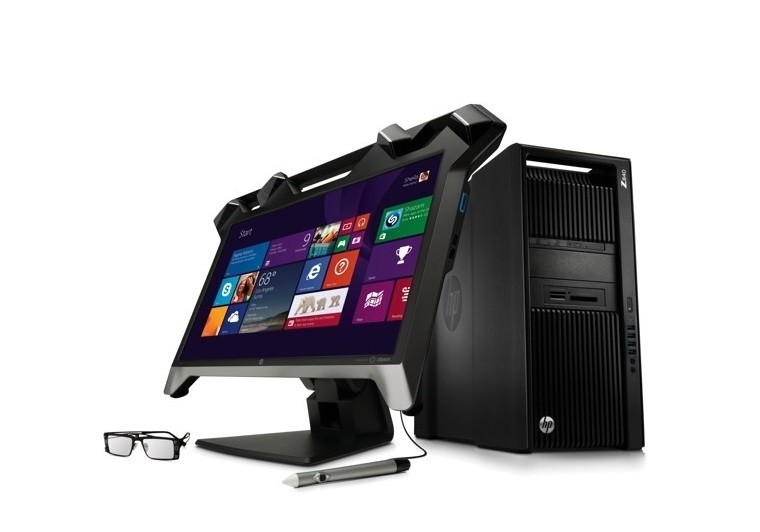 Finally we’ve saved the weirdest for last. In a blast from the past HP is introducing a 3D screen dubbed the Zvr Virtual Reality Display which comes in at 23.6 inches and 1080p resolution. The Zvr comes complete with passive 3D glasses and a stylus which allows you to manipulate objects on screen.

What’s also noteworthy is that the display features 4 cameras on top which track your movements and what your eyes are looking at. That combined with the stylus and the glasses is what allows the screen to project “holograms” in front of the user.

HP is billing this machine as aimed at designers, future doctors, teaching institutions and so on; basically any industry where someone would need to clearly visualize something in 3D. There’s no price tag attached to the device – though it will no doubt be a hefty one – but the Zvr is expected to launch this Spring.