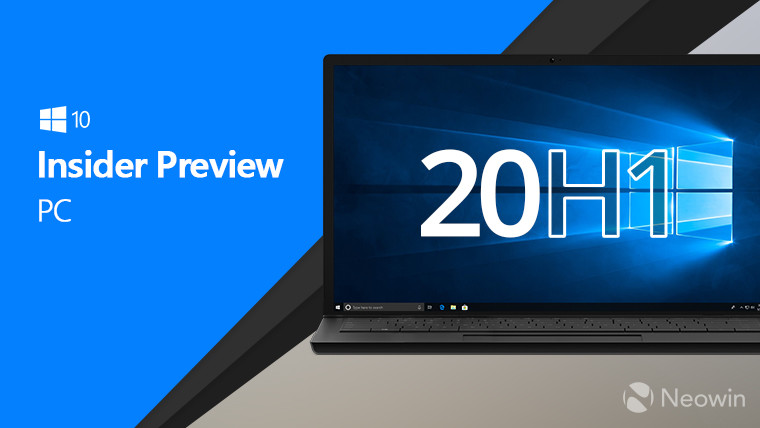 Microsoft released Windows 10 build 18917 almost a week ago on June 13 for Windows Insiders, it is from the 20H1 branch in the Fast ring and it came with quite a few significant new features, such as Windows Subsystem for Linux 2, Windows Ink Workspace and Narrator improvements, and other undocumented features, like splitting off the Shell from the OS and other things. We're seeing regular builds for 20H1 right now, because 19H2 isn't in preview yet, and Microsoft has yet to announce the reason for that. 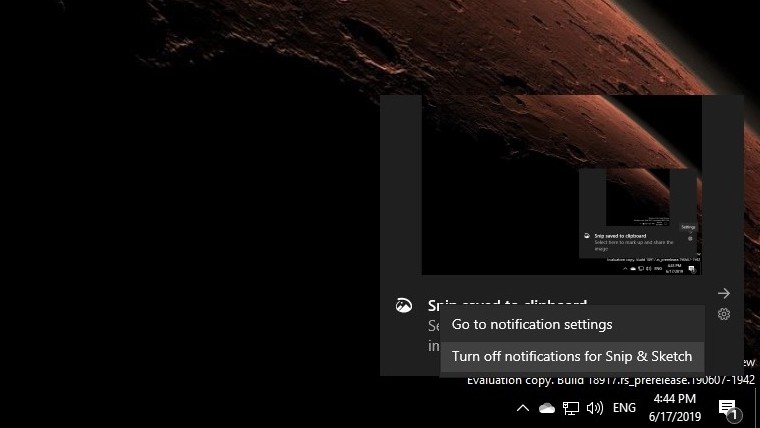 One of the features that appears to have slipped under the radar and wasn't announced by Microsoft last week, but was discovered by 'Leopeva64-2' on Reddit, is the ability to manage a single or group of notifications right from the banner itself. As you can see from the above image, a small gear icon is now present on the top-right of banners that appear on the desktop and in the Action Center which allow you to turn off notifications for that particular app, or go to the notification settings. This feature was not present in 18912, of which is also now available as a downloadable ISO.

Sometimes it's easy to forget why you may have opted to be an Windows Insider in the first place; is it through time saving features that are being added like this, or for something else? Let us know in the comments!

As a gentle reminder, you may want to check out the known issues for build 18917 before you rush to install it due to this new feature.