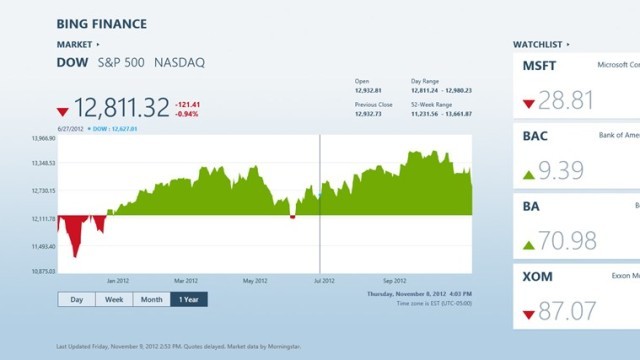 Many of Microsoft's Bing apps for Windows 8 were made with WinJS.

Earlier this year, it was revealed that while Microsoft makes a number of Windows 8 apps using the Windows Library for JavaScript (WinJS) programming toolkit, most third party apps for the OS were made using the XAML language. Today, as part of its BUILD 2014 keynote, Microsoft announced that it has released WinJS as an open source project.

The company said that WinJS is now available thanks to the help of its Microsoft Open Technologies division. The code is now available via the GitHib site and is released under the Apache 2.0 license. Microsoft says that the code can be used to make HTML-based apps for web browsers such as Internet Explorer, Chrome and Firefox along with devices that run Windows, iOS and Android.

The release of WinJS as an open source solution shows that Microsoft wants to see more apps made that will work on a variety of platforms. It also shows that the company would like to see more Windows 8 and Windows Phone 8 apps made with the toolkit instead of XAML. It will be interesting to see if more developers decide to jump in and start using WinJS for their apps.