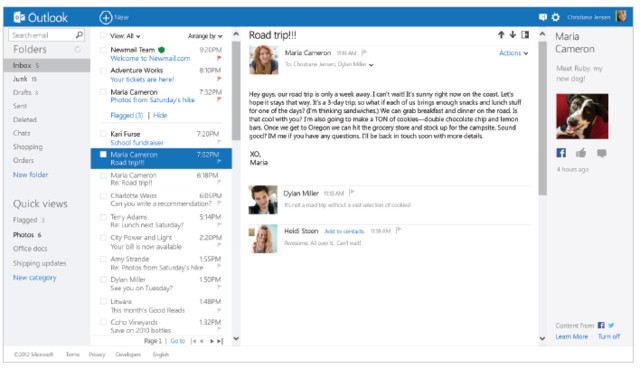 Last night, we reported that a number of people who transferred their email accounts from Hotmail to Microsoft's new Outlook.com service have been unable to access their old Hotmail email messages. This situation has affected some users for a number of months, despite many messages from those users on Microsoft's support forums asking the company to fix these problems.

Today, a spokesperson from Microsoft sent Neowin an official statement on this issue. It said:

We discovered that a small percentage of users experienced problems accessing some of their email messages after they renamed their account and we took two actions. First, we turned off the “rename” functionality to investigate any negative issues resulting from renames. Second, we fixed many user accounts that were renamed and as a result had trouble accessing some of their email. We recognize that some customers are still experiencing issues and we are actively working to resolve these issues as quickly as possible. We will re-enable the “rename” option when we are confident that no further issues will arise.

We will continue to monitor this situation and will report if this gets resolved or if these problems continue to linger for the Outlook.com users that have been affected.