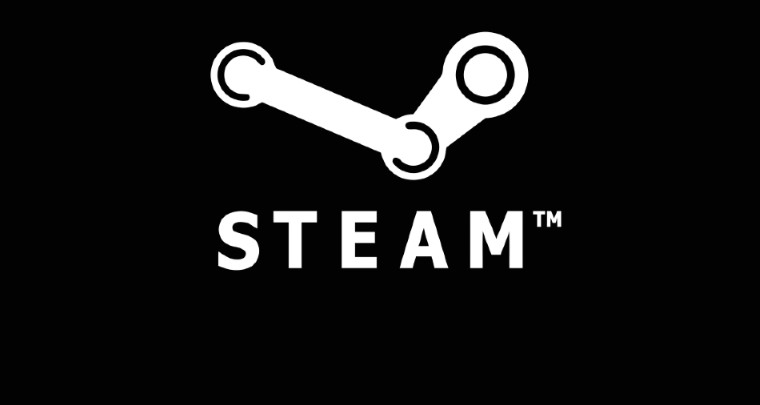 Users of Steam on GNU/Linux are reporting that attempting to move the Steam folder - something that the GNU/Linux Steam installer doesn't allow you to set at the time of installation - is leading to everything able to be deleted being deleted recursively from root. First entered as a bug report by the Github user keyvin, he explained how he tried to move the directory somewhere else and symlink it to the original location. In almost every use case under the Sun, this usually works without too many problems. Unfortunately for keyvin, however, a bug in Steam proceeded to delete everything it was able to on his computer - even the content on his 3TB external storage.

Another Github user, d00fy, mentioned how he had just lost his entire Home directory by just starting steam.sh with STEAM_DEBUG=1.

The Github user TcM1911 appears to have spotted the error: 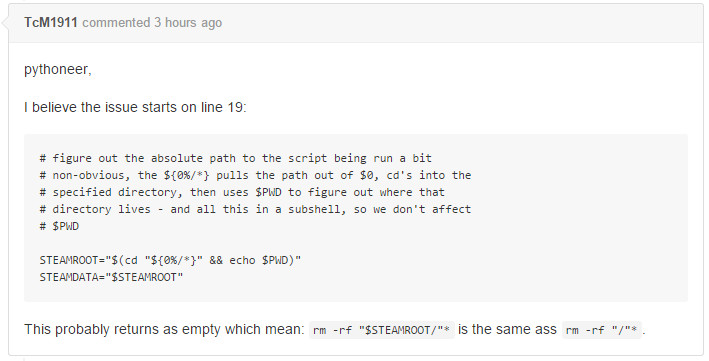 It tries to look for the Steam folder and when it can't do that, it just returns a forward slash - a forward slash would represent root. For those unfamiliar with the rm command when used with the -rf flags, it basically breaks down into 'remove all files, protected or otherwise, recursively and without asking for confirmation on each file.' Starting from the / directory, or root, it is the *nix equivalent of deleting your C: drive. It can't delete everything, but it does manage to delete a user's Home directory, Media, and similar - pretty much everything important.

Luckily, however, the beauty of open source is that the problem has already been isolated and patches are already being discussed. For the time being, though, try to avoid intrusively playing with or debugging Steam -not unless you have sufficient backups, anyway.