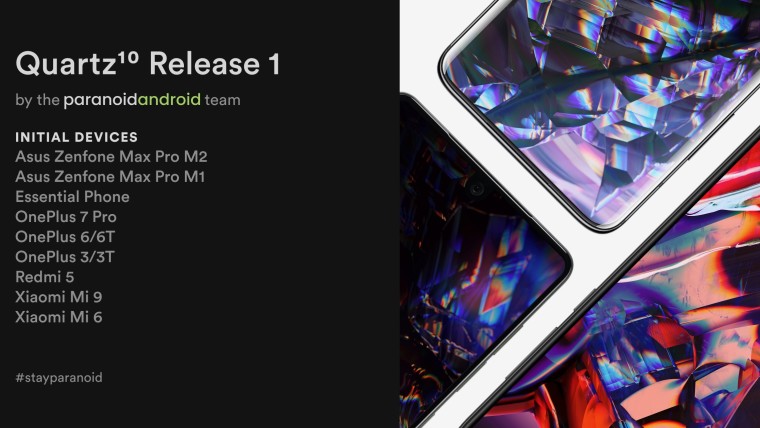 Hot on the heels of the stable release of LineageOS 17.1, Paranoid Android has also announced the release of its first stable ROM builds based on Android 10 for a bunch of devices. Back in the heyday of custom ROMs, Paranoid Android was known for offering some slick new features like its pie gesture navigation. However, over time, the team behind the ROM disbanded and so did the development work. Despite alpha and beta builds of Paranoid Android being available for Oreo and Pie, the team never got around to releasing a stable build of the ROM.

Nonetheless, Paranoid Android is now back with a bang and has released Paranoid Android Quartz 1 for nine devices. Based on Android 10, the latest release comes with a number of new features including navigation bar customization, support for in-display fingerprint scanners, Adaptive Playback, and more. You can find the entire list of features over here.

As of now, the Paranoid Android Quartz 1 build supports the following devices:

Support for more devices including the OnePlus 7 series, Redmi K20/Pro, Pocophone F1, and some Xperia devices will also be added soon. The good thing is that unlike LineageOS, Paranoid Android includes the Google Apps package in the ROM zip file itself so you don't need to download and flash that separately.