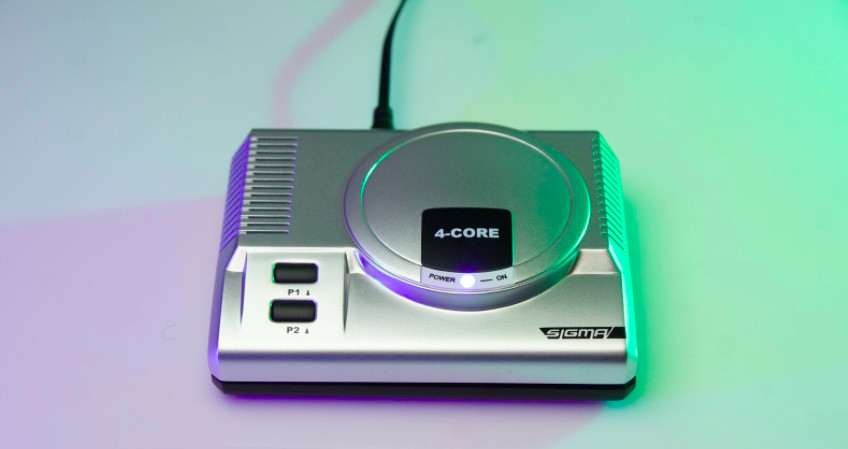 There is an inevitable attraction to the past - whether it's clothing, cars, culture or video games. Although gaming culture was surging in the 1970's with arcade cabinets and Atari's successful home console, the 2600, the momentum really started to pick up after Nintendo introduced its NES console in the mid-80's. With the help of Mario, Nintendo helped usher in a new world of video game culture, with companies like Sega, SNK, NEC, and others vying to gain control of the market. At its height, many of the aforementioned companies introduced beloved mascots and exhilarating titles that to this day are considered unmatched. So it comes as no surprise that when a company like Doyodo leverages nostalgia, it is met with a massive response.

The 'RetroEngine Sigma' is a plug-and-play console that has arrived as a campaign on Indiegogo that promises a seamless experience giving backers access to over a dozen different consoles and even more retro titles. Although emulation of retro titles is nothing new, for a beginner, it could be a daunting and confusing process. The RetroEngine Sigma attempts to make the process simpler by offering emulators and branded titles out of the box, with the ability to download more to the console via an accompanying smartphone app. Although the company does not disclose how this download process will work, there is definitely some legal aspects that must be considered when emulation is involved.

While the console is indeed tiny, measuring in at 4.33x3.35x1.32-inches, it packs quite a bit of power and options with its dual USB ports for adding controllers, microUSB expansion port, and output via HDMI. It will also have the ability to accept a keyboard and mouse to become a media center PC with support for web browsing and Kodi. The campaign has a month left and has amassed quite a bit of support. There are currently a wide variety of options still available to back the campaign with the 16GB console starting at $59. The console is expected to start shipping in April 2017.