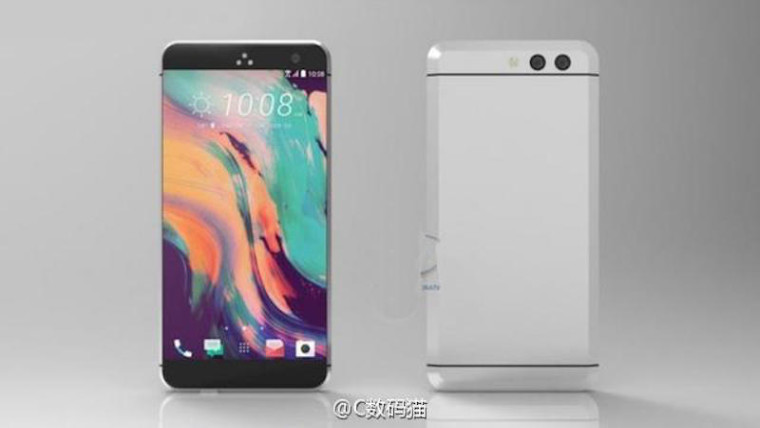 An online leak offers a taste of what could potentially be included in next year's flagship HTC 11 device, along with a rendered image of the alleged handset. The device is reportedly set to run Android 7.0, whilst packing some hefty specifications over the HTC 10 released back in May.

According to the report, the handset is likely to be powered by Qualcomm's Snapdragon 835 processor, the highly anticipated processor that is set to debut on markets in 2017. The leaker also asserts that the HTC 11 will come packed with 8GB of RAM and 256GB of internal storage, backed up by an impressive 3,700 mAh battery. This triumphs over the HTC 10's 4GB and 3000mAh RAM and battery respectively.

Additionally, a 12-megapixel rear dual-camera system and an 8-megapixel front-facing lens could come fitted as standard, the latter of which would be an upgrade from the 5-megapixel front facing lens on the HTC 10. The render image displays a borderless handset with a 5.5-inch screen display, up from the 5.2" 2016 model.

This alleged device suggests a natural evolution from the HTC 10; it promises an exciting but realistic upgrade to compete with the other highly anticipated releases in 2017. As with all leaks, this one should be taken with a pinch of salt. If, however, there is any truth in the reveal - then it could be an exciting year ahead for both HTC and the consumer.