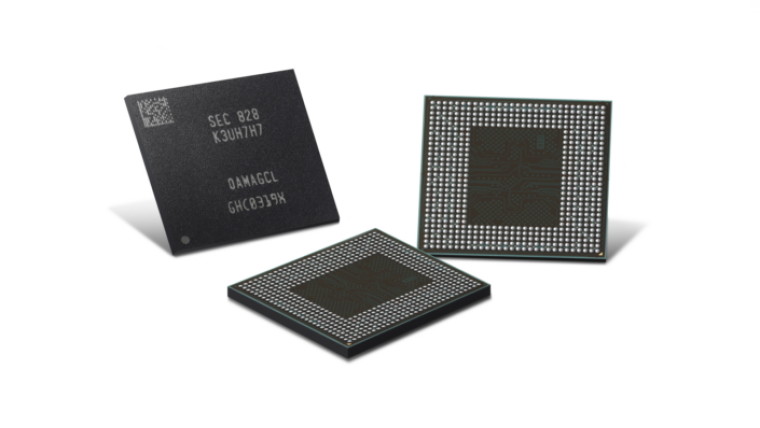 Samsung has begun mass producing its new 16Gb (2GB) LPDDR4X DRAM modules based on its 2nd generation 10nm process and will be ready for market late this year, or early 2019. The new process will allow for a 10% reduction in power consumption whilst maintaining the same data rate of 4266 Mb/s. The timing of market readiness suggests these modules may show up in either the Galaxy Note9 or the next Galaxy S flagship first.

According to Samsung, the use of four 16Gb chips for a combined total of 8GB of RAM as seen in high end phones will consume 20% less space compared to its 1st-generation process, allowing for thinner phones. To ensure supply can meet demand, the firm has also started operating a new production line for DRAM in Pyeongtaek, Korea.

Samsung will use this new process to expand its premium DRAM lineup aimed at the server market by more than 70%, an initiative it begun in November 2017. The SVP of Memory Sales and Marketing at Samsung, Sewon Chun, commented on this expansion, noting, “We will continue to grow our premium DRAM lineup to lead the ‘high-performance, high capacity, and low power’ memory segment to meet the market demand and strengthen our business competitiveness.”

The development of its LPDDR5 chips has also begun this month which will allow for a data rate of 6400 Mb/s and will also be based on the 2nd-generation 10nm process.