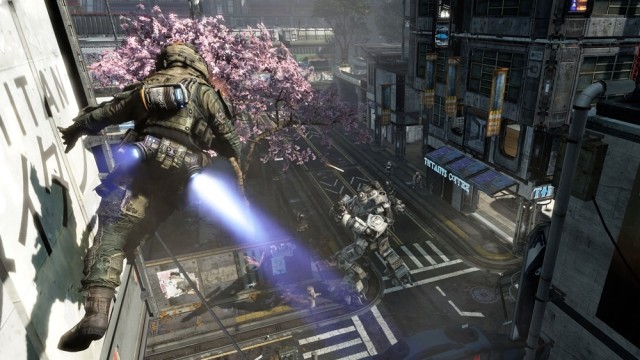 Respawn Games, the developer of "Titanfall" composed of former Call of Duty series staffers, says it didn't know the Xbox One game would forever be an exclusive to the Microsoft console, also implying future games in the series will be multiplatform.

Vince Zampella, a co-founder of the developer, took to his Twitter account to reveal that the studio initially thought the game was merely going to be a timed exclusive. Instead, he said, the game's publisher made a deal with Microsoft without Respawn's knowledge.

Always MS exclusive at launch, great partner and focus is good for a startup. EA made a deal for the rest, we only found out recently =(

When asked by a fan if future games from the studio would come to Sony's PlayStation 4 console, Zampella seemed to imply that future installments of the game would likely be released on multiple platforms. Currently, "Titanfall" is scheduled for release on Xbox One, Xbox 360 and PC.

@AdanGarciaG Of course we will, just not the first Titanfall.

The exact nature of exclusivity for the game had been the subject of much debate until recently, when EA announced it would only come to Microsoft's consoles and PCs. Microsoft is well known for agreeing to exclusivity arrangements for third-party games, with some – such as the Gears of War franchise – remaining exclusive, while others – such as the Mass Effect franchise – later being released on multiple platforms.

So far, many of the announced Xbox One exclusives – including "Titanfall," "Dead Rising 3," "Ryse: Son of Rome," "Quantum Break" and "Sunset Overdrive" – come from third-party developers. Microsoft has several well-known titles in development itself – such as the next Halo game, "Fable Legends," "Kinect Sports Rivals," "Killer Instinct" and "Forza Motorsports 5" – though many may not be released until well after the Xbox One launches.