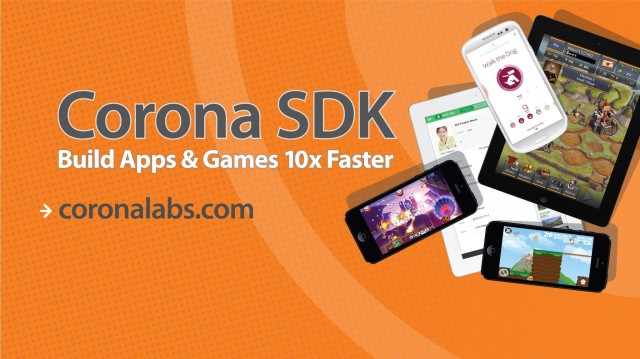 Many developers who are looking for an easier way to make 2D apps for iOS and Android have turned to a company called Corona Labs, which has provided an SDK for those kinds of apps for some time. Today, the company announced a partnership with Microsoft that will see that SDK expand its reach to cover both Windows 8 and Windows Phone 8 platforms as well.

In a press release today, Corona Labs stated that it will start beta testing for Windows Phone 8 in the first quarter of 2014, with a full launch of the SDK for both of Microsoft's latest operating systems later that year. Neowin spoke briefly with David Rangel, the chief operating officer of Corona Labs, who told us that developers who have already made iOS and Android apps with their SDK should be able to port their apps to Windows 8 or Windows Phone 8 pretty quickly, keeping at least 95 percent of their code base intact.

If that's indeed true, it could mean that many more iOS and Android apps could be on their way to Microsoft's platforms in the near future. Corona Labs boasts in their press release that over 300,000 developers have used their SDK already. Rangel told us that development of the SDK for Windows 8 and Windows Phone 8 is still in the early stages and they will be getting help from Microsoft to port those tools.