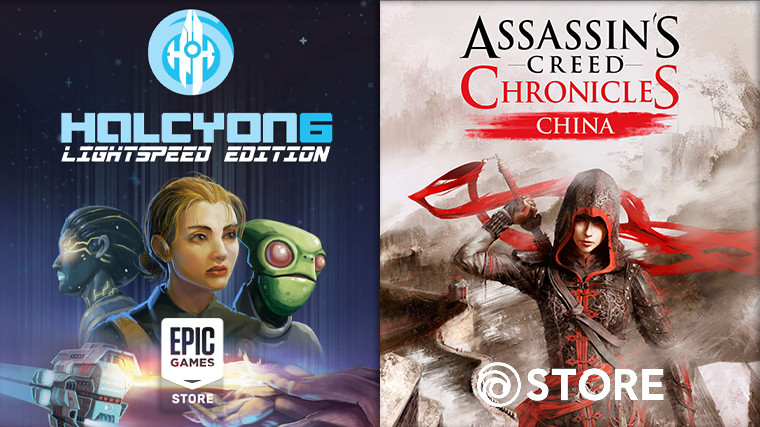 The Epic Games Store's latest giveaway is Halcyon 6, which arrived as a replacement for last week's Metro: Last Light and For The King freebies.

This indie strategy title has you reclaiming a derelict starbase in preparation for an alien invasion, where you will be building station facilities, exploring star systems, managing crews and fighting ship and ground battles. As this is the Lightspeed Edition of the title, it includes all the pacing improvements the developer Massive Damage implemented later on.

The Halcyon 6 giveaway will last until next Thursday. Next week is primed to be another big one as Epic Games will offer Rage 2 as well as Absolute Drift as its latest freebies starting February 18.

Meanwhile, Ubisoft came through with another giveaway this week, with the company putting up Assassin's Creed Chronicles: China up for grabs celebrating its own Lunar New Year sale.

The 2.5D spin-off title that features the Ezio-taught Chinese assassin Shao Jun has been given away previously, also as a part of a Lunar New Year promotion, so don't be surprised to find a copy already waiting for you in your library from last year.

This giveaway can be claimed by heading here, which grants you a copy of the Ubisoft Connect (Uplay) version. The promotion is slated to last until February 16.

Humble this week introduced its latest Train Sim Expedition collection, which bundles together the Train Simulator 2021 base game and a few of the DLC packs available for the sim.

The $1 tier is where you receive a copy of the base game alongside five add-ons. Paying the average price, which is currently around $5.40, will get you six additional add-ons, and you can bump up to the $12 tier to gain seven more add-ons if you're interested in those specific trains.

Keep in mind that there's plenty of time left on the previous weeks' Digital Tabletop Bundle and Choice selections from Humble if you missed out on them. 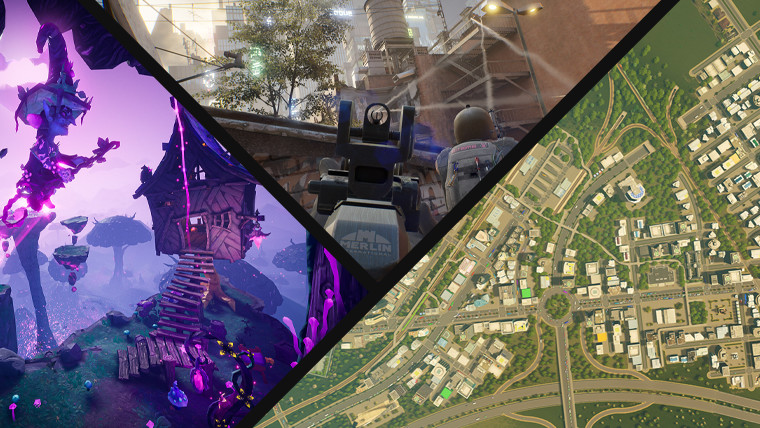 Colossal Order's Cities: Skylines is one of the few free events you can find on Steam this weekend, which lets you try out the complete base game of the popular city-builder through February 14. The multiplayer hide and seek title Witch It has also returned for a free weekend on Steam, where the hunter group must find the witches that can blend into the environment as objects.

Moreover, if you're interested in participating in a beta test this weekend, the upcoming tactical shooter Nine to Five is currently hosting one. You can request access to the 3v3v3 multiplayer title on its Steam page.

Lunar New Year sales landed from every direction this week, discounting thousands of games ranging from classics to recent releases. Even though the sale event won't last long, it is favored towards high-profile experiences and there are quite a few all-time-lows happening too. Keep subscriptions like Xbox Game Pass, EA Play, and Ubisoft+ in mind in case you have a membership and already have access to some of these titles.

Find our Big Deals highlights below:

While the GOG store did not begin a Lunar New Year promotion this week, it did show up with a special 'We Love Games' sale featuring quite a number of discounts: