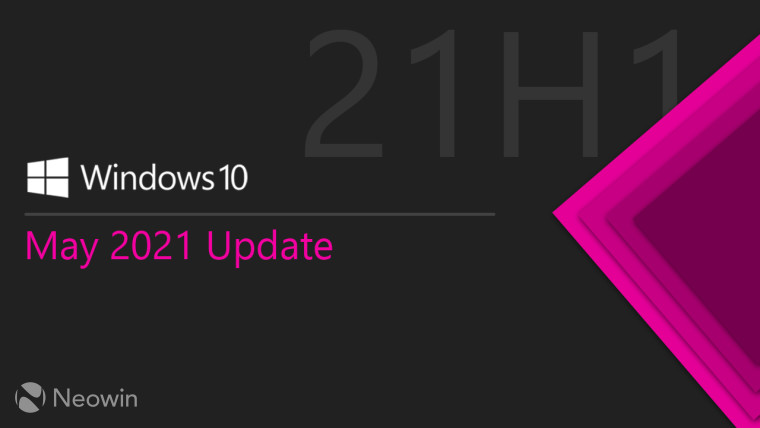 Microsoft today announced that the next major version of Windows 10 will officially be called the May 2021 Update. The firm says that build 19043.928 will likely be the final build for the update and it has also made updated ISO images available for the version. However, version 21H1, as it was known till now, is today receiving a new cumulative update in the Beta and Release Preview channels for those running the version of the OS, bumping the build number to 19043.962. The company will continue to service the OS with cumulative updates as it normally would.

The May 2021 Update is rolling out to Release Preview Insiders as an optional update, meaning that the firm will use its “seeker” experience, allowing users to opt into installing the update. Version 21H1 is nothing but an enablement package – just like version 20H2 – that lights up new features in the OS that are otherwise hidden. With the release of this version, the three most recent releases of the OS will for the first time be served the same cumulative updates, since 20H2 itself contained the same bits as that of the May 2020 Update.

The May 2021 Update will bring a few new features such as Windows Hello improvements, enhancements to Windows Defender Application Guard (WDAG), and more. The company is also brining the News and Interests feature introduced in the Dev channel builds to 21H1 and older versions.

As for release to all users, it is safe to assume that the May 2021 Update will be made generally available by the end of next month after being tested in the Release Preview ring. Those interested to try out the update right away can enroll in the Insider Program’s Release Preview or Beta channels and head to Windows Update to pull the update. Alternatively, you can also perform a clean install using the ISO images if you are well versed with the process.