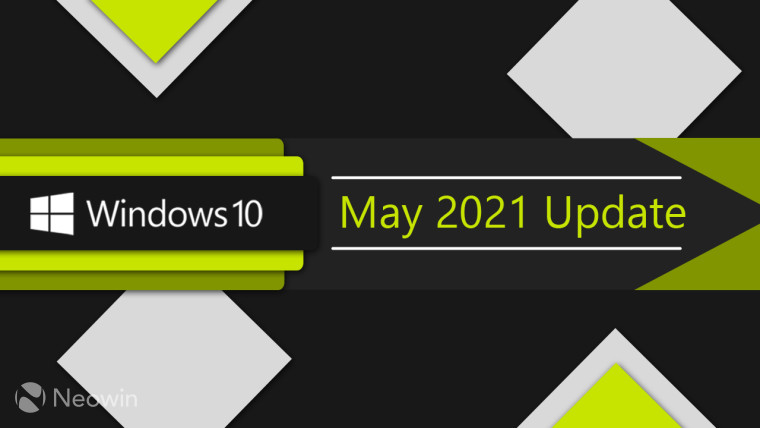 Spring is one of the two seasons of the year when Microsoft typically releases a new feature update for Windows 10, and that means we're due for another one soon. Microsoft has already been testing the next feature update - known as version 21H1 - for a while now, and it shouldn't be too long before it becomes publicly available. As such, it's time for yet another roundup of what's new in this update, but before we get into that, you may want to check out all the changes that have been made in previous Windows 10 updates:

Moving to version 21H1, there's some background required here. For the past couple of years, Microsoft has released a major feature update in the spring (see versions 1903 and 2004) and a smaller update focused on refinements and smaller improvements in the fall (versions 1909 and 20H2). These updates are delivered through enablement packages, meaning the actual bits in the fall updates are the same as the spring update, but they have an enablement package that makes certain features light up. The spring and fall updates each year even receive the exact same cumulative updates every month.

This time, however, the spring update - version 21H1 - is yet another enablement package update, meaning it's only lighting up certain changes that are already hidden in version 2004 and 20H2. In fact, this is the smallest feature update Windows 10 has had, and it can hardly be considered a "feature update". It's only here to line up with Microsoft's usual timeframe for these updates. So what exactly is new?

First off, there are improvements to Windows Hello so that if you have a device with a Windows Hello camera built-in but you plug in another Windows Hello-compatible camera, you can now set the external camera as the default for Windows Hello authentication. This could be useful, for example, if you buy a monitor that has a camera built into it.

This update also includes performance improvements to Windows Defender Application Guard (WDAG), including a fix for an issue where opening some Office documents could cause delays of over one minute. This would happen if the file was accessed through a Universal Naming Convention (UNC) path or Server Message Block (SMB) share link.

The performance of Robocopy has also been improved when copying files totalling more than 400MB in size. Finally, an issue where a WDAG container may use nearly 1GB of memory while idle was fixed.

Finally, Microsoft has made some improvements to the Group Policy Service in Windows Management Instrumentation in order to accommodate remote work scenarios. Before, it may have taken some time for changes to user or computer groups to propagate, which meant the results of changes to group policies weren't shown when the administrator attempted to generate a report.

Yes, that's really all there is to this update, and you may have noticed that most of the changes have something to do with remote work. Microsoft says it isn't releasing a big feature update this spring because of COVID-19, and the updates it did make are meant to address the most pressing requests it heard from its customers.

But another reason there are no big features in this update is that Windows 10X was supposed to release this spring, and Microsoft was set to focus on it for now. Microsoft is said to be saving the big changes for the fall update, including a visual overhaul for Windows 10, codenamed Sun Valley. We've seen some of those visual changes show up in new builds for Windows Insiders recently, like new icons found in places like the Settings app, new icons in File Explorer, and a whole new experience for touch keyboards.

However, some recent reports have pointed to Windows 10X being delayed as well, and with Microsoft not having communicated anything about it, it's not completely clear what's going to happen with Windows 10 this year.

For now, Windows 10 version 21H1 should be releasing soon, and even if it doesn't bring much that's new, it should at least be safe to install considering it doesn't bring any big changes. Microsoft does say version 21H1 will remove the Edge Legacy browser from the operating system, but in reality, that's being removed from older versions of Windows 10 with a cumulative update in April, too.

Are you planning on installing Windows 10 version 21H1 as soon as it's available? Let us know in the comments.