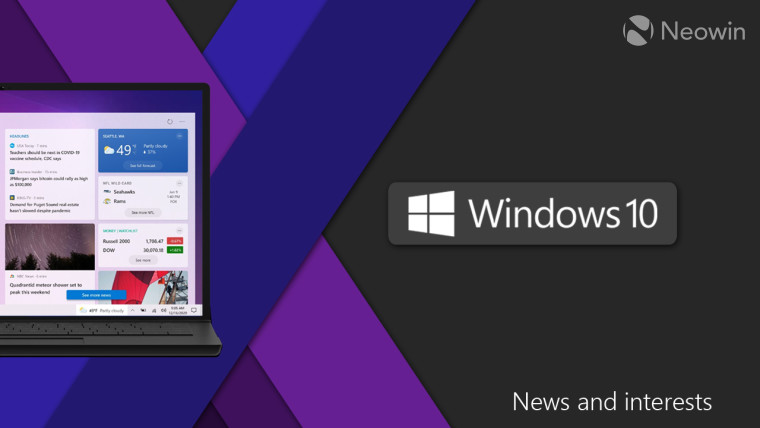 Microsoft is bringing the News and Interests feature that's been in testing in the Dev channel of the Insider program to older versions of Windows 10, including 21H1, 20H2, and 2004 (via Windows Central). The company released new cumulative updates to users in the Beta and Release Preview channels of the Insider program, bringing the feature to versions 21H1 and 20H2 today.

News and Interests has been a big highlight for Microsoft with the Dev channel since December, but it was believed to be part of a future feature update for Windows 10, so it's interesting to see Microsoft bring it to older versions. The fact that it's already rolling out to the Beta and Release preview channels also suggests we could see it being officially available significantly sooner than initially thought.

As to what News and Interests is, it's essentially a taskbar widget that gives you quick access to recent news and other information you may be interested in, like stocks, sports scores, or traffic information about a specific route you may usually take. It also makes it so that you have weather information displayed directly on the taskbar.

The feature is rolling out with builds 19043.962 for users running Windows 10 version 21H1 in the Beta channel or for pre-release validation in the Release Preview channel in commercial environments. For regular users in the Release Preview channel, running version 20H2, they'll see build 19042.962 instead, but they'll get the feature all the same. In fact, the two updates are exactly the same, labeled KB5001391, which makes sense considering they have the same bits. Here's the full changelog for both builds: