Microsoft has officially released Windows 7 RTM (Release to Manufacturing) available for download via Technet and MSDN, however, users must have a valid subscription to either web site.

Today's release is only available in English, and other languages will be released on October 1st. Users can now download an ISO image of Windows 7 directly from Microsoft with a unique serial key. The ISO images of Windows comes bundled with Home, Premium, Professional, and Ultimate edition in either 32bit or 64bit. The download varies in size depending on which architecture you download: 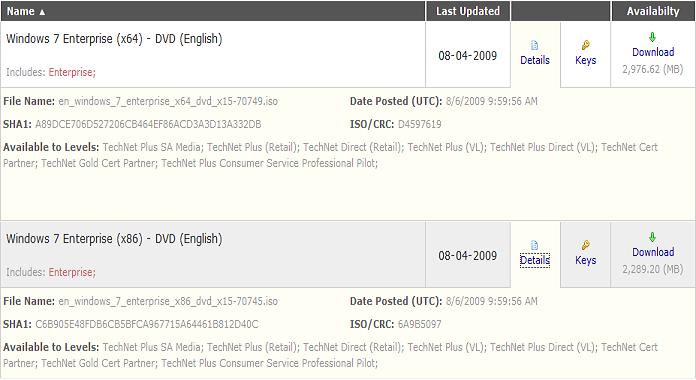 Windows 7 Starter is also available for download for users via Technet and MSDN. Users may experience some slow down during the download due to heavy bandwidth usage as consumers try to get their hands on the next major release.

Only four weeks earlier, Windows 7 was officially signed off on and went to RTM status. Consumers who do not want to wait can register for a Technet or a MSDN account to get their hands on Windows 7.

The final release of Windows 7 will be available in stores as of October 22, 2009.