Windows 8 will be able to do a lot of things. Some of those features involve sensing items and environments automatically. In the newest entry on the official Windows 8 blog site, Microsoft's Gavin Gear talks about that sensor support.

One thing that Windows 8 will be able to do is sense the brightness of an environment. As Gear explains:

With today’s display panels supporting brightness levels at approximately twice the intensity of what was common just a few years ago, this feature is more important than ever. By dynamically controlling screen brightness based on changing ambient light conditions, we can optimize the level of reading comfort, and save battery life when the screen is dimmed in darker environments. 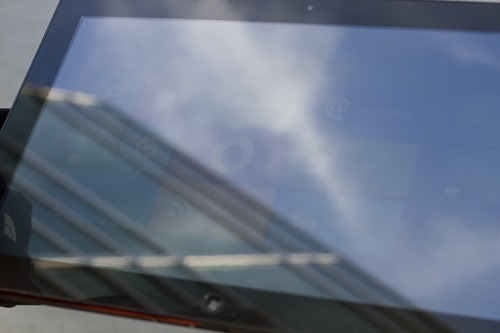 An example is shown in the blog where you can check out how Windows 8 will display without adaptive brightness support in a harsh outdoor lighting setting. 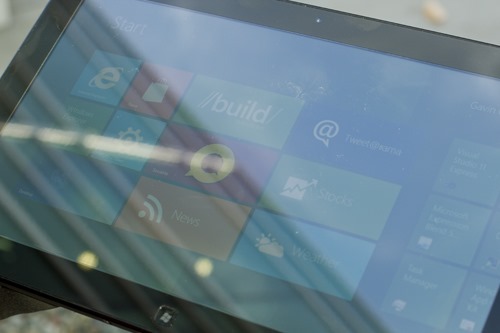 Another image is show where the feature is working. You can see that the tablet display is much brighter even in outdoor sunlight.

Windows 8 will also have accelerometer support where the display will automatically adjust when a tablet or slate is moved into picture or display mode. But what kinds of apps would support such a feature? Gear writes that they tried some prototypes of apps to figure out which method to use.

Ultimately, Microsoft decided to support three different types of sensors for Windows 8, a 3D accelerometer, a 3D magnetometer, and a 3D gyro. All of these sensors will be used at once in what Microsoft calls sensor fusion. Gear says:

Using a combination of these sensors it is possible to create a better, more responsive, and more fluid experience than the sensors can provide individually.

The “magic” of sensor fusion is to mathematically combine the data from all three sensors to produce more sophisticated outputs, including a tilt-compensated compass, an inclinometer (exposing yaw, pitch, and roll), and more advanced representations of device orientation. With this kind of data, more sophisticated apps can produce fast, fluid, and responsive reactions to natural motions.

By integrating a sensor fusion solution, Windows 8 provides a complete solution for the full range of applications. Sensor fusion in Windows solves the problems of jittery movement and jerky transitions, reduces data integrity issues, and provides data that allows a seamless representation of full device motion in 3D space (without any awkward transitions).

The next step was to work with Windows 8's various hardware partners to support all these sensors working at once on their devices. Microsoft provided hardware developers with a set of standards and also created a single driver that would work for all such hardware that used USB support. 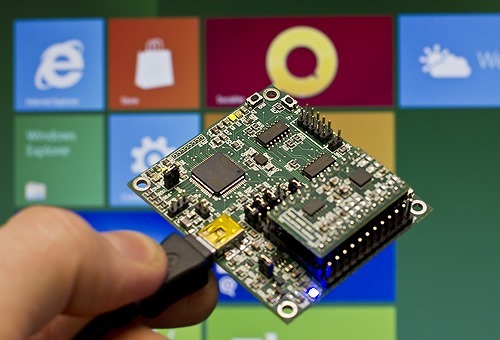 The Samsung tablet device with the developer's preview version of Windows 8 inside that was given to attendees of Microsoft's BUILD conference in September has support for all of these sensors.  Gear says that ST Microelectronics has now created the eMotion Development Board for Windows 8 for all the other Windows 8 devices running the Developers Preview version of the OS.

The device uses a USB connection and Gear says, "If you’ve downloaded the Developer Preview version of Windows 8 and are itching to try out the sensor experience you should consider getting one of these devices."