YouTube Music has received a new update on Android that introduces a fresh look to its Now Playing screen. The redesigned playback screen now displays a dedicated button for lyrics alongside the new "Up Next" button, among other changes (via 9to5Google).

It should be noted that lyrics integration is nothing new in YouTube Music. The app's Android version received this capability earlier last month, although viewing lyrics was not as straightforward as today's update. Previously, you would need to tap the 'i' icon next to the song title in order to view information on song lyrics and credits for the source. The latest redesign puts this feature front and center. YouTube Music's dedicated lyrics button is still in its infancy and it's also not available for all the songs you wish to play for now. 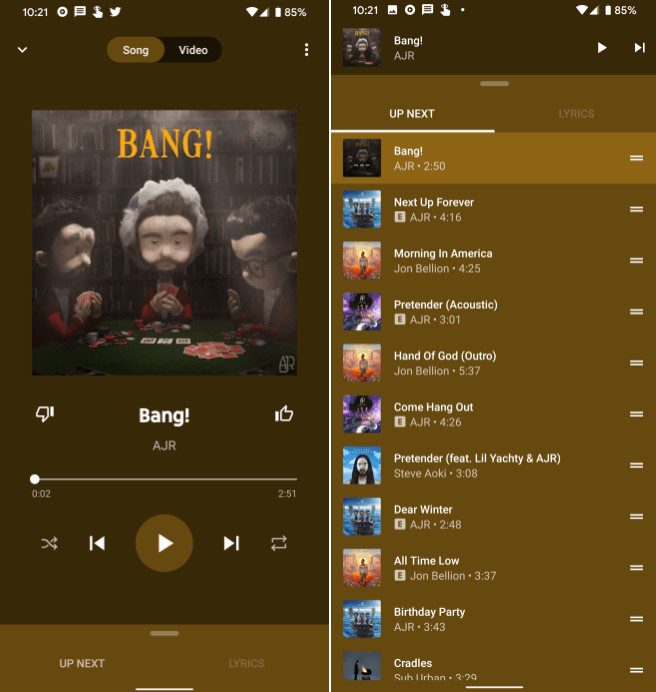 Also new to the refreshed YouTube Music app is the "Up Next" button at the bottom. That spot was previously occupied by the title of the next song in the queue swiping up on which revealed the full list of queued songs. While it's only available on Android at present, the redesigned playback screen is expected to come to iOS in the future.

In addition, the Shuffle and Repeat control buttons are now more visible on the playback screen. Previously, these options were hidden in a menu that could only be viewed by tapping the next song title in the queue at the bottom. These updates are rolling out from today to all Android users.