Since separating chat from the Facebook app, the company has been exploring ways to make its Messenger app a versatile platform on its own. Now, the social networking giant is said to be testing features such as SMS integration and multiple account support in the app, to bring its users' conversations in one place.

A report from Android Police has shed some light on these features and the updated UI of the Messenger app, with screenshots obtained from various users. According to the report, Facebook seems to be testing different sets of features with different users. A build that was first spotted a few weeks ago features Android's Material Design language elements, while having all the usual features from standard builds. 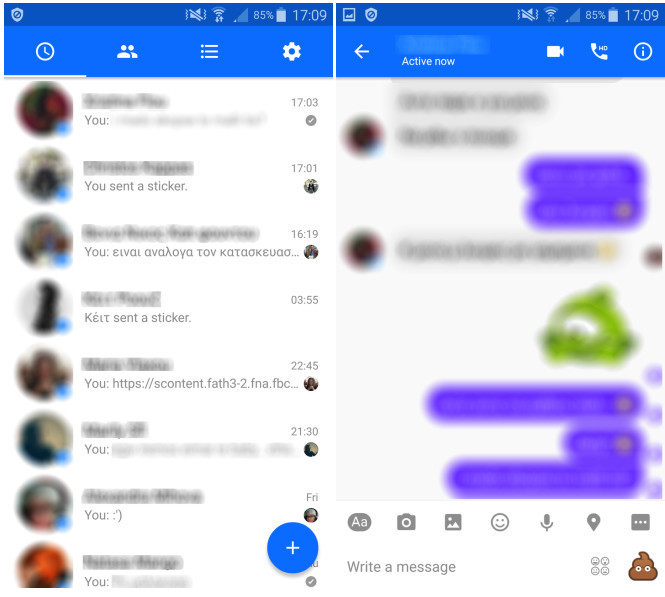 Another build that was recently discovered includes SMS integration and allows users to send regular text messages over the cellular network. The feature, however, in its current state does not combine chat conversations and text messages from the same user. To differentiate between the two, text message threads are shown in purple color while chats retain the standard blue color. 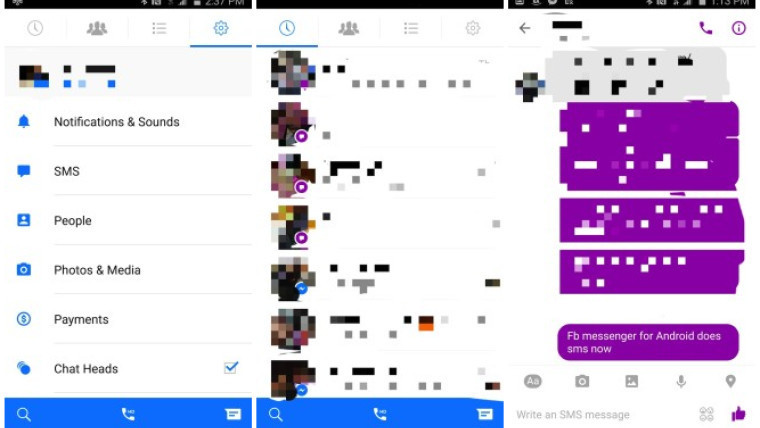 The other feature that is being tested is support for multiple accounts in the application without resetting the user's data. Facebook confirmed to Engadget, that it has been testing these features "for people to easily bring all their conversations -- from SMS and Messenger -- to one place" and "to enable multiple people to log in and use Messenger from a single phone." 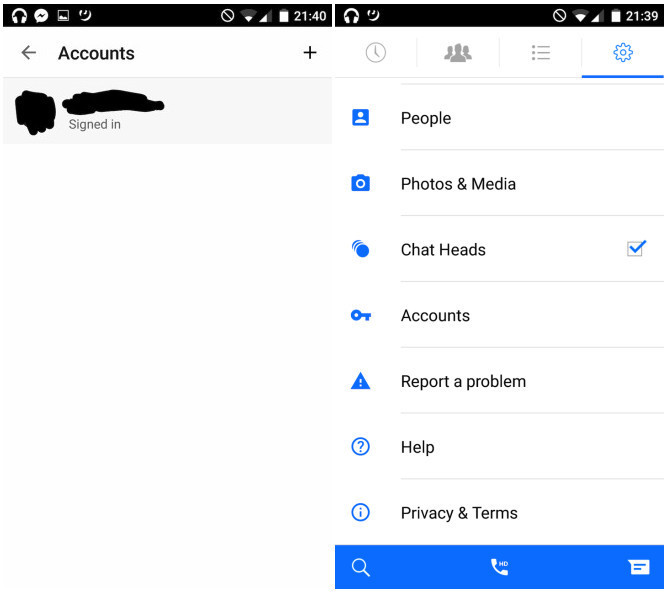 It looks like these features are being randomly unlocked for users without the need for sideloading any particular build of the application and may appear for more users in the near future.