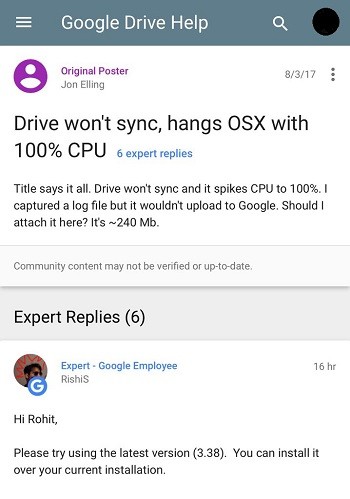 The new version 3.38.7642.3857 fixes an issue on macOS where CPU usage could hang at 100% (see image on right). A Google employee replied to a user saying that they should try the latest version (3.38) which can be installed over the old.

The update also fixes an issue on Windows where users had been reporting performance issues with googledrivesync.exe slowing down a Windows PC. A Google employee replied to the thread suggesting that they too, should try the latest version (3.38) to resolve the issue.

In addition, a new option was added to both the Mac and Windows versions that allows users to select which file types can be excluded from the backup syncing.

To access the feature, head to the Preferences menu of the Backup and Sync app, then click the Change option which then gives you access to Advanced settings (which must be expanded) where you can add files types you want to exclude from backing up based on their extensions. Be aware that this setting is global though. 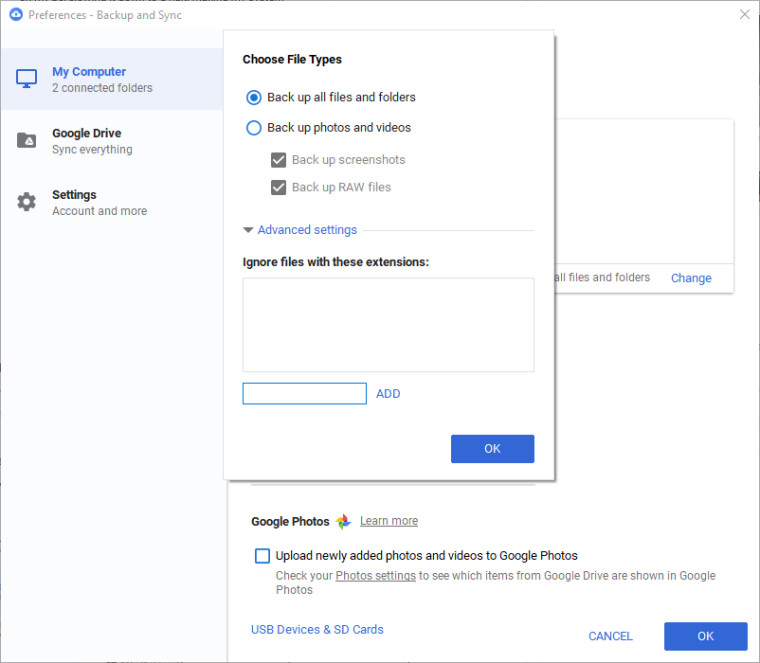 You can grab the Backup and Sync update for Windows and Mac by heading here, since it doesn't auto-update. The update, unlike the previous one, does not appear to require Windows to be restarted.

Thanks for the news tip Piunika!