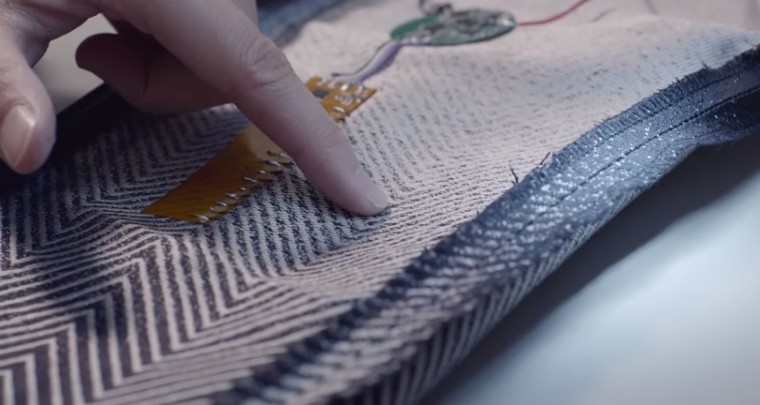 Google's Advanced Technology and Projects group (ATAP) is known to experiment with technology that we most likely won't see any time soon at a consumer level. It looks like the group at Google is at it again with an interesting project that will weave conductive threading into traditional textiles that can accept and understand simple touch gestures.

Project Jacquard's founder Ivan Poupyrev conjured the idea to replace existing threads with conductive threads to allow for recognition of simple touch gestures. While we have seen poor attempts to integrate technology into clothing before, ATAP has taken "integrating" to another level by weaving this conductive thread into many kinds of textiles.

Since the conductive thread is manufactured in a similar fashion to traditional threads, the possibility to create different types of textiles by a global network of designers is endless. Unlike previous goofy attempts to integrate technology into clothing, textile manufacturers could choose to accent the conductive threading or hide the threads to have it look seamless. Although the threading is a huge portion, the material will still require a processing unit to properly utilize the conductive material; Google hopes that this unit will fit into something as small as a button.

While we probably won't see this arriving in stores any time soon, it's good to see Google experimenting with things that could end up becoming a integral part of our lives in the near future.