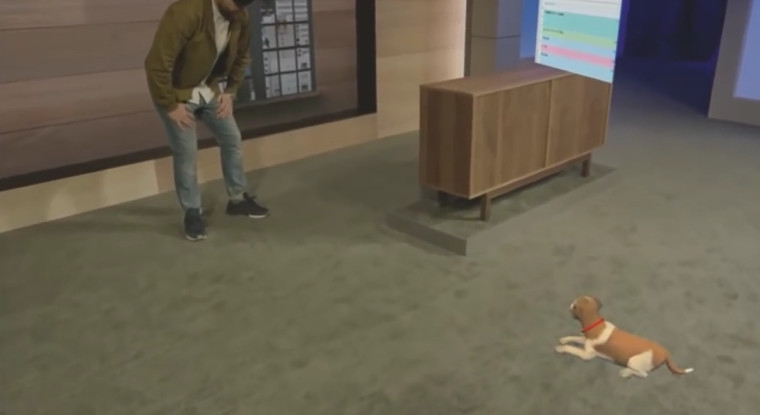 Last month at BUILD 2015 we saw several onstage demos of HoloLens, ranging from various universal Windows apps, such as Video, Skype, and more. One of the more casual use cases came in the form of a virtual dog named "Fang". In a recent filing, Microsoft has applied for a trademark for "HoloPets", the potential name by which these virtual animals could be referred to as.

At this point we don't know if this is a general name or a future game that Microsoft has planned. Kinectimals is a long running title published by Microsoft Studios where the user can interact with his/her animal in the game via Xbox Kinect gestures. Given the demos we have seen thus far and even the fact that HoloLens uses Kinect technology, this could be a natural evolution and rebranding of this game built for Windows Holographic.

Microsoft made its intentions to bring Xbox features and games to HoloLens earlier this month with the hiring of Mass Effect franchise creator, Casey Hudson, who will reportedly oversee development. Additionally, Phil Spencer, who heads the Xbox division, has made it clear that gaming will be "an important part" of HoloLens.

This trademark filing comes just before E3, where Microsoft has said they will show case HoloLens and presumably gaming related use-cases for it. It will be exciting to see what ideas Microsoft and the Xbox team have for HoloLens and where they see development going in the coming year.