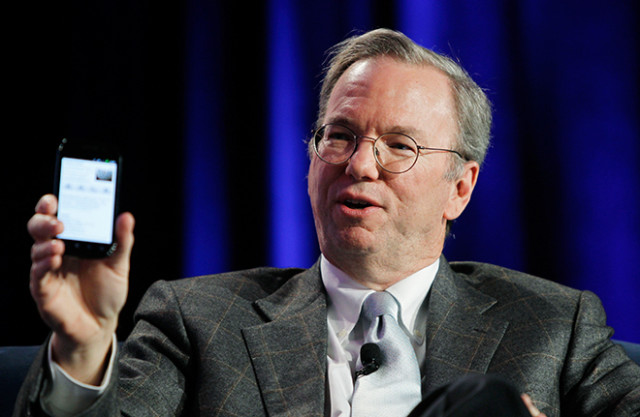 Google's Eric Schmidt is grabbing some attention once again for what comes out of his mouth. He has a reputation for being able to do that, but unfortunately for him the attention is usually just people whipping their heads around in shock.

This time, it's the claim that Android has overall better security than the iPhone or iOS (in this case, interchangeable) does. He said this on stage at the Gartner Symposium/ITxpo. David Willis, Gartner analyst, spoke to to Schmidt saying, "When you say Android, people say, wait a minute, Android is not secure." Schmidt cut him off right there with his claim, "Not secure? It's more secure than the iPhone."

According to numerous reports, people in the audience actually laughed at him for the remark. Even die-hard Android fans are often willing to admit that Android is less secure than the iOS. As the most popular mobile operating system in the world by market share, it's obviously the number one target of malware. Plus, the unwalled garden that is Google Play constantly allows threats into the store.

Schmidt also downplayed the concept of Android being fragmented, stating that "when you buy an Android phone the apps are compatible."

Ah, it's always great fun looking forward to what Google's former CEO might come out with next.

Source: The Verge | Image via Wired