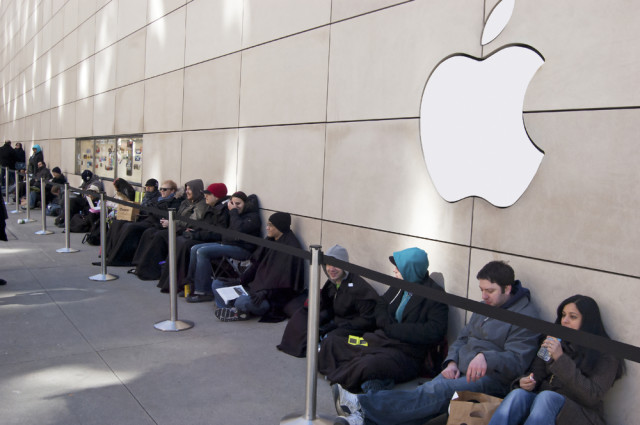 Apple is expected to hold a media event on October 22nd to announce its next generation iPads alongside a refreshed Macbook Pro lineup. If these rumours are true, it will clash with the day the Surface 2 goes on sale, and Nokia's Windows RT tablet announcement.

Sources have told AllThingsD that the event may also involve Apple announcing the release date of OS X Mavericks and the new Mac Pro, both of which were announced at WWDC earlier this year. The 5th generation of iPad is expected to house an A7X 64-bit processor, adapted from the A7 in the iPhone 5s, and an improved 8MP camera. We may also see an iPad mini refresh where the 7.9-inch device may finally receive a resolution bump with the addition of a 'retina' display.

While having this event clash with that of the Surface 2's retail availability and Nokia's world press event would seem like an evil move by Apple, it also would be very smart, keeping the tablet wars especially fierce going into the holiday season. Apple have historically held October events, such as the iPhone 4s reveal in October 2011, or the iPad mini announcement last year, which also attempted to turn attention away from the Surface announcement.