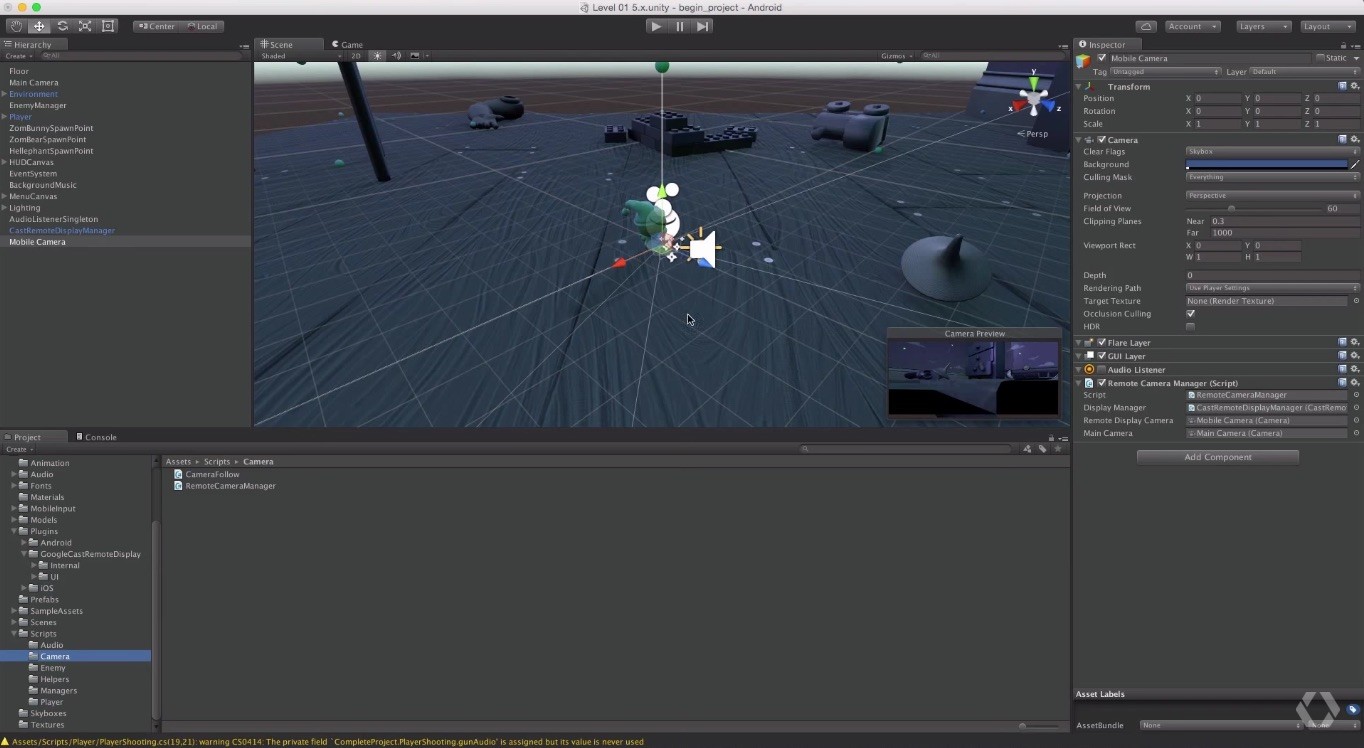 'Casting' has becoming increasing popular with the advent of inexpensive media streamers like Google's Chromecast. Google has now increased the power of casting by unveiling the 'Cast Remote Display' plugin for Unity, allowing games built with the engine to be streamed to TVs with added features.

While this may not sound interesting at first, the new plugin will allow games to be streamed to a display while adding a second second screen via the streaming device. A perfect example of this can be currently found in Nintendo's Wii U, which utilizes Unity as its default software development kit.

Titles developed with Unity and utilizing the new plugin will gain similar if not identical functionality as the Wii U, allowing a supported device to stream to a TV and for controls and other information to be displayed on the streaming device.

The plugin is currently available via GitHub and the Unity Asset Store. More details about the plugin can be found at the source link below.