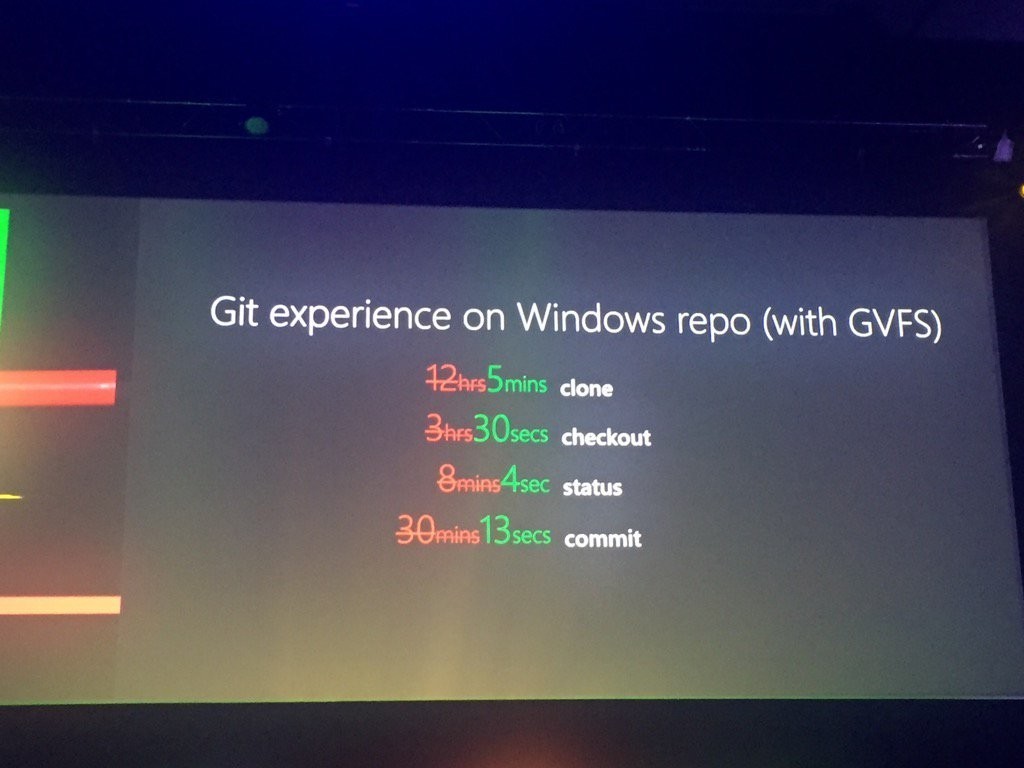 But Git wasn't designed to work with repos with millions of files or hundreds of gigabytes, a problem that Microsoft has faced when trying to implement the system for some of its developer's teams. As an example provided by Microsoft on a blog post at MSDN, the Windows code base has over 3.5 million files and is over 270 GB in size. Such a huge repo caused many performance issues when running Git commands.

That's why Microsoft is developing the Git Virtual File System (GVFS), a project Gabriel Aul, former leader of the Windows Insiders Program and now a Microsoft VP, is also working on. According to the blog post on MSDN:

"(GVFS) virtualizes the file system beneath your repo and makes it appear as though all the files in your repo are present, but in reality only downloads a file the first time it is opened. GVFS also actively manages how much of the repo Git has to consider in operations like checkout and status, since any file that has not been hydrated can be safely ignored."

Finally, Microsoft has made GVFS open source through its GitHub account, but warns developers to "be aware that it still relies on a pre-release file system driver", which has also been made available. The company has also released some other changes made to Git to allow it to work well with GVFS.