Guided workouts were the most unique feature of the Microsoft Band when it launched last year, though limited options meant it had little usability for anyone other than fitness beginners. Microsoft hopes to fix that with its new custom workouts, though significant drawbacks prevent the feature from reaching its potential.

Custom workouts allow users to create training regimens in the Microsoft Health online dashboard before syncing them to the Microsoft Band from the associated mobile app. With plethora of preset exercises, users can create workouts for weight lifting, running and biking, or any combination of the three. Various options can be set for each exercise, such as a specific distance for a run or an amount of reps for weight lifting.

Creating workouts in Microsoft Health is mostly pleasant – the problem is what the Band does with those workouts.

When creating a custom weight workout, I only ran into one notable flaw: the lack of a combined sets option. Combined sets are fairly common in weight lifting, with supersets – doing one lift immediately followed by a different type of lift to complete a single set – likely being the most common. There's no way to note that when creating a custom workout; instead, you're stuck listing one exercise at a time. I got around this problem by listing each combined as a circuit, but that can make following your workout somewhat confusing.

The creation process is relatively easy once you get the hang of it; the real problems arise when you use them on your Band.

While the process of creating a custom workout is appreciatively complex, actually using the workout on your Band is extremely simple – too simple, in fact. To start a workout, you double tap the action button and then tap it again to advance through your exercises. Regardless of the type of workout you’re doing, however, the same display exists for each exercise, showing the exercise name and duration (in terms of distance or reps) as well as your total elapsed workout time and current heart rate. This is a significant problem for running or biking workouts, where having the distance tracked and individual exercises timed are vital in the overwhelming majority of scenarios. 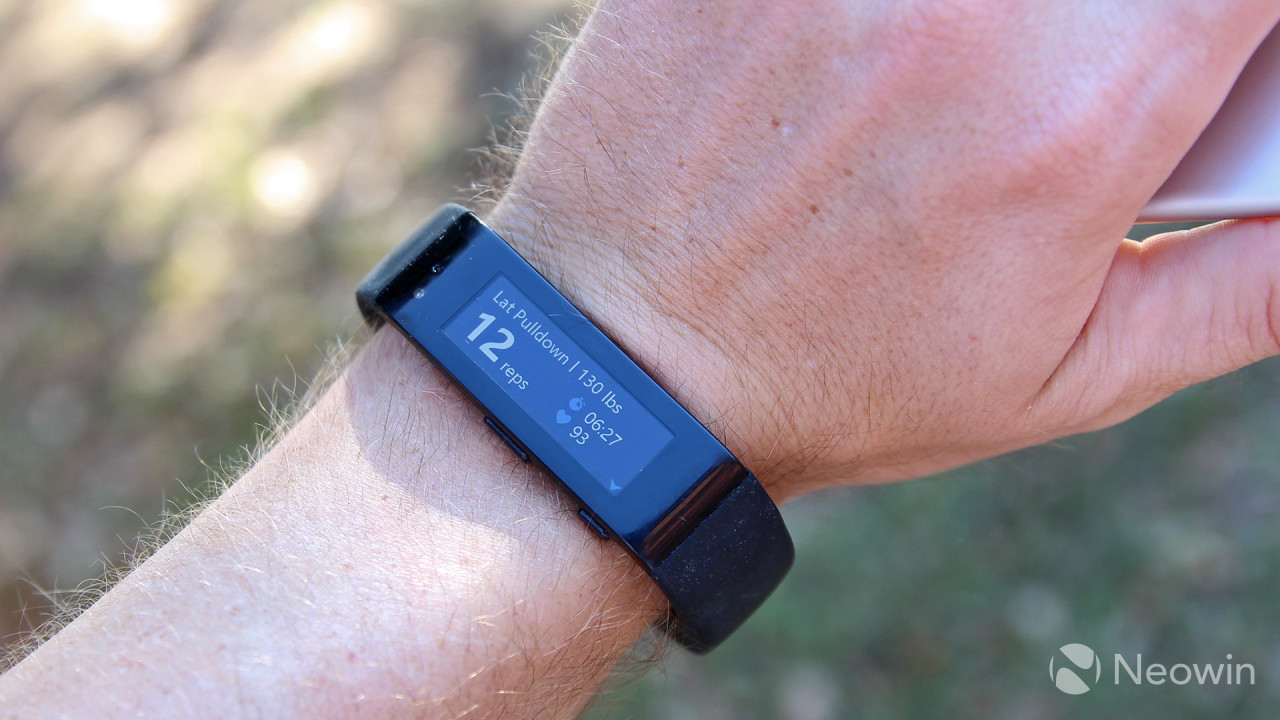 Simply put, unless you’re running for a certain amount of time (such as 5 minutes), there’s almost no reason to create a running workout with the Band. There’s no way to enable the GPS for a custom workout, meaning you have to keep track of the distance yourself. Even worse, the lack of an exercise-specific timer means you won’t actually be able to keep track of each run until after the workout’s over. For sprinting workouts, even the post-training results aren’t much help, as everything in the Microsoft Health app and online dashboard is rounded to the nearest second.

There are two obvious fixes here. First, allow users to enable the GPS for the duration of a running workout so the distance until each interval or run is over is viewable. Second, prominently display a stopwatch-style timer until the running exercise is over. Distance left and exercise duration are the two most important pieces of information for interval running workouts (with pace noteworthy in distance workouts), yet neither is displayed during a custom workout.

There are obvious fixes, but whether the Band's firmware can handle them remains to be seen.

Problems with how the Band handles custom workouts aren’t just limited to running, however. As anyone who’s been to a popular gym after normal work hours will attest, you’re rarely going to finish exercises in the order you planned. Mondays are practically International Bench Press Day, for instance, so it can take time for a bench to become available, forcing you to do another exercise first. There’s no way to cycle through a custom workout’s exercises on the Band, meaning your data is going to be thrown off if you continue to use the feature. I suspect most gym rats would simply stop using custom workouts, though.

The ability to swipe right to see a vertically scrolling list of your custom workout’s exercises would fix the problem, though limitations of the Band’s firmware may make that an unrealistic possibility.

In Microsoft’s defense, the capabilities of custom workouts mirror those of its first-party and partner guided workouts. At the same time, most available guided workouts are too simplistic for advanced users. Most running guided workouts amount to “run for this amount of time” instead of set distances, and a large amount of lifting workouts rely on body-weight exercises. Those may be fine for beginners, but if Microsoft wants to appeal to serious athletes as it claimed when it revealed the second-generation Band last week, it still has a ways to go. 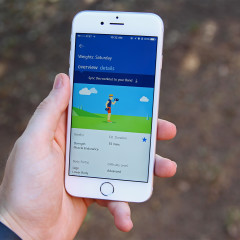 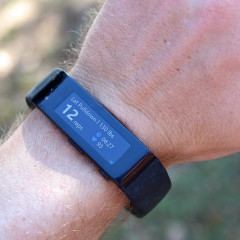 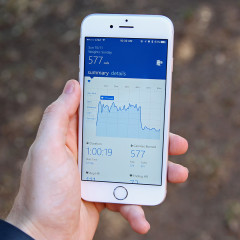 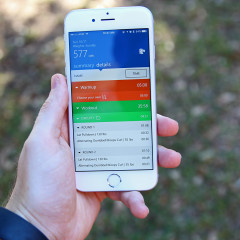