When Microsoft conducts a postmortem on Kinect, it will be easy to blame the sensor’s failure on the fact that it increased the Xbox One’s price by $100. While that may be partially true, one of the biggest problems boils down to Microsoft not giving consumers a reason to want Kinect.

From the day Microsoft announced the Xbox One and its then-mandatory sensor on May 21, 2013, it proclaimed Kinect would work with the console like “magic.” Vague promises were made about how the two being bundled together would redefine television, yet the only real benefit in terms of non-gaming capabilities so far has been the integrated infrared blaster serving as a capable universal remote. With a version of the Xbox One without Kinect now scheduled for release next month, it’s not clear if there will be any more significant benefits going forward.

Microsoft touted the TV features of Kinect, but what are they beyond the integrated IR blaster?

A major aspect of Microsoft’s hype for the bundled sensor when it was announced regarded several TV shows and movies the company is developing for both the Xbox One and Xbox 360. According to recent statements by Microsoft officials, those shows and movies will include interactive features, but it’s not clear what – if any – will be exclusive to Kinect. Given that the sensor will soon be unbundled from the base Xbox One package, it seems unlikely Kinect will be a major part of interacting with the shows or movies.

On the gaming front, Kinect’s formerly mandatory inclusion with the Xbox One is perhaps even more confusing.

At launch, the Xbox One had only one Kinect-exclusive game, the abysmal “Fighter Within,” though Microsoft’s Xbox Fitness app was also available. Since then, only two games requiring Kinect have been released for Xbox One, “Zumba World Fitness” and “Kinect Sports Rivals.” The latter title is the only announced first-party game that requires the sensor – a fact that seems either incredibly short-sighted for a company as big as Microsoft or an indication that it had no intention of providing any major development resources to support Kinect. 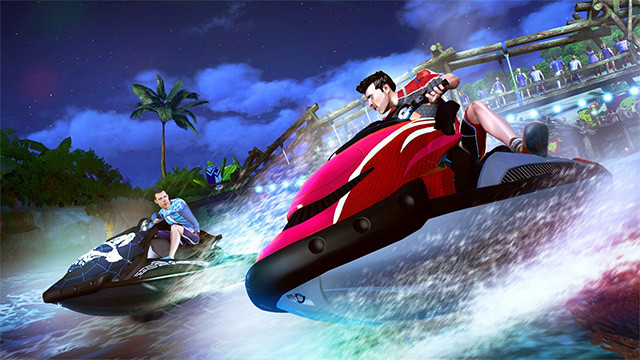 And while Microsoft promoted Kinect by saying it would make controller-focused games better, few games used the sensor in any appreciable way. At best, Kinect features seem like fun gimmicks for a day or two, such as head tracking in “Forza Motorsport 5.” For most games, however, Kinect features seem entirely unnecessary, such as yelling at catapults to fire in “Ryse: Son of Rome” instead of simply holding down a button.

Microsoft’s failure to develop any first-party Kinect games in time for the Xbox One’s launch comes after it seemingly gave up on the Xbox 360 version of the sensor. Since the start of 2013, only one Kinect-required game, “Zumba Fitness: World Party,” has been released for the Xbox 360. In the same time frame, only five more Xbox 360 games have had Kinect support of any kind, mostly in extremely minor roles.

In retrospect, Microsoft comes across like a snake oil salesman, peddling a product that had no real long-term viability. Microsoft hamstrung itself against Sony by bundling a product that it doesn’t have a clear vision for, and now millions of Xbox One owners have a Kinect sensor whether they want it or not.

Saying an Xbox One with Kinect can’t compete with the PlayStation 4 because of the $100 premium Microsoft placed on it is an inherently misleading argument, as it conflates cost with worth. In terms of cost, a teardown of Xbox One’s parts indicates Kinect almost certainly accounts for close to $100 of parts. As with any product or service, however, its worth is defined by what consumers are willing to pay for it. In retrospect, Microsoft comes across like a snake oil salesman, peddling a product that had no long-term viability.

Microsoft had three years to add more features to the new version of its Kinect sensor, and yet the only major feature added was an IR blaster. While the sensor offers improvements in both voice and motion tracking compared to its Xbox 360 counterpart, there aren’t any appreciable improvements in usage for either games or TV content.

If developers were supposed to be encouraged by the Kinect sensor, Microsoft has certainly done nothing to entice them. Microsoft did a great job evolving its vision for the Xbox 360 as its lifespan went on, yet the Xbox One bundled with Kinect doesn’t even appear to have a clear Microsoft roadmap to begin with – at least not one it’s willing to commit to.

Kinect is a great product in theory, as several recent editorials from a variety of news outlets proclaiming it as the “future” have argued, but if Microsoft’s Xbox management doesn’t care, why should anyone else?