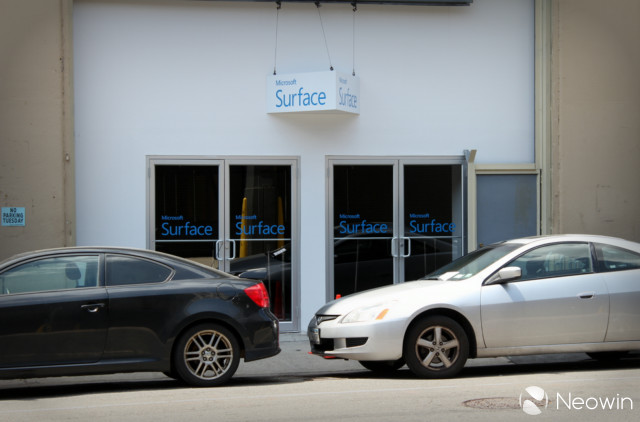 Tomorrow, Microsoft will pull back the covers on its new Surface devices. Over the past few weeks, Neowin has been bringing you all the bits that have leaked as well as information from our own sources, about what to expect.

The Surface mini should finally make its debut and come in at around 8 inches in size and feature pen support, an ARM processor (made by Qualcomm) and a few other bits that you can read about here. But the event is far from a one-trick pony, as Intel will also be coming to play.

Thanks to a few leaked SKUs, it is believed (and aligns to our ‘family of Surface’ information that we previously heard) that the Pro line of tablets will receive an overhaul as well with processors ranging from the Intel i3 to the i7. You can check out the rest of the specs, including storage space and RAM configurations, here.

But what about a larger device? Well, according to information that hit the web late last night, it looks like Microsoft will also go big, as well as small, with the new Surface devices. We would fully expect a larger Surface to be running the upper class of i7s as they would surely be Pro devices.

Finally, expect to see some new peripherals as well, likely in the form of new covers for the various devices that we expect to see announced.

Seeing that Microsoft is going all-in on the Surface range, it’s quite clear that they are taking the ‘devices’ party of their new ‘devices and services’ model quite seriously, even if the first go-around with the Surface RT was less than spectacular.

Microsoft will be live streaming the event which kicks off tomorrow at 11 a.m. and of course, we'll be on site in New York, bringing you information and great detail with hands-on analysis and all the other goodness you have come to know and love from us over the years.

Does Microsoft have anything else up its sleeve? Only time will tell, but who knows, maybe they will pull out a phone or a watch that managed to evade the rumor-mill radar.

If you haven’t done so yet, make sure to follow us on Twitter and Facebook as we will be posting content up on those locations as we cover the launch of Microsoft’s next generation of Surface devices.